Previous
Next
Directed by: John Downer | Written by: Simon Nye 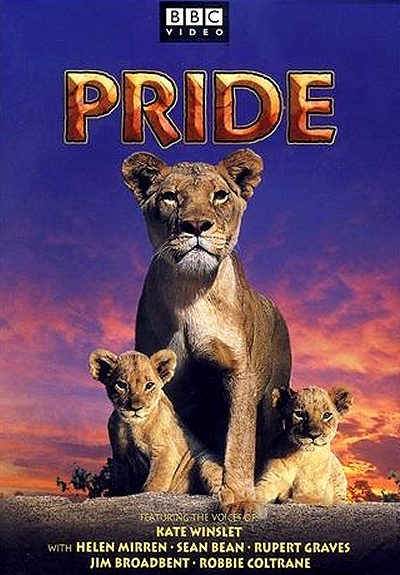 Lions are the stars of this groundbreaking, live action family film set against the spectacular natural stage of East Africa. It combines footage of real lions with cutting-edge animation techniques that allow the lions to talk. A dramatic script brings the adventures of young lioness Suki and her brother, Linus, vividly to life. This is an emotional drama set in the lionâs world and based on real lion behaviour. Filmed in High Definition and using bouldercam technology as pioneered in Lions - Spy in the Den, the film features wild lions in the Serengeti, where the story is set, as well as habituated lions.
Cast: Kate Winslet (Suki), Helen Mirren (Macheeba), Rupert Graves (Linus), Sean Bean (Dark), Martin Freeman (Fleck), Robbie Coltrane (James), Jim Broadbent (Eddie), John Hurt (Harry), Kwame Kwei-Armah (Lush)
Pride is being listed under the following tags: Adventure, For Children, Year 2004
Back to previous page
Advertisment