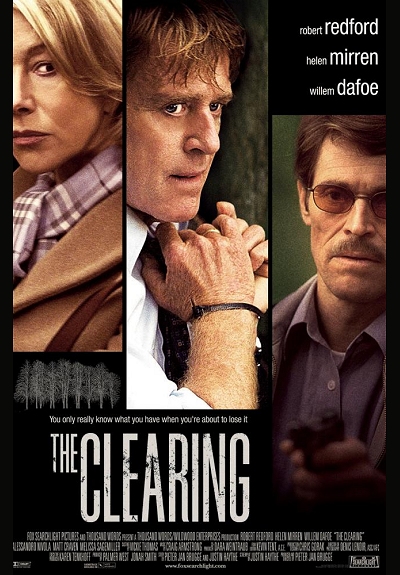 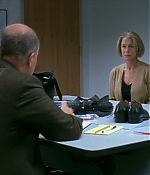 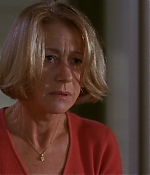 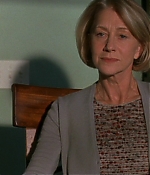 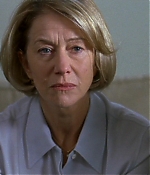 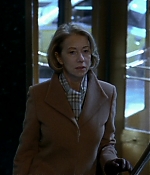 A marvelous precision, an attention to detail, and a subtlety distinguish all aspects of “The Clearing”, the debut feature of Pieter Jan Brugge. In many ways, it’s a classic American story: It’s not so much about good and evil as it is about class, individuality, and family. Fueled by a set of first-rate performances and a finely wrought screenplay, The Clearing tells the story of a couple who are living the American Dream. Wayne (Robert Redford) and Eileen (Helen Mirren) are a self-made success story. They’ve built a successful business, raised two children, and live in a suburban mansion. Not that there haven’t been bumps in the road, but for the most part they live an extremely comfortable life. Suddenly a crisis occurs when Wayne is taken hostage by a man from his past whom he doesn’t even remember, Arnold Mack (Willem Dafoe), obliterating the family’s security and catapulting Wayne and Eileen into an ordeal that forever changes their lives. The Hayes family, nondemonstrative by nature, must find ways to deal with their overwhelming anxiety and fear. But the most exceptional qualities of this finely balanced drama lie in the small gestures of Redford’s and Mirren’s performances, both finely tuned in the execution of their craft. Dafoe, too, inhabits his character perfectly, and, along with the seemingly minor elements of the narrative, The Clearing cumulatively builds to a powerful and emotional resolution that will resonate long after the final curtain.

Within “The Clearing” lies a film that could have been much better. It’s a thriller without pace and a drama without outbreaks – it settles somewhere in between. “The Clearing” focuses on the implosion of characters under desperate measures. That offers great opportunities for its actors, but little to cheer for its audience. The acting is splendid throughout. Redford and Dafoe are equally good in their scenes. The focus relies on Mirren’s character and her struggle to keep it together as her world crumbles apart. They’re all sophisticated characters, no wrong move, no false emotion. Especially with Mirren’s character, it seems that her Eileen goes on autopilote, on the outside, to deal with her situation. The first half of the film is compelling. Unfortunately the second half loses its steam. While you’re waiting for a twist or revelation, none of it happens. The ending might be closer to life and is devastating in its simplicity. For a two-hour film, it’s dissapointing. Still, “The Clearing” can be recommended for the wonderful acting.

The Clearing is being listed under the following tags: Drama, Inspired by True Events, Thriller, Year 2004
Back to previous page
Advertisment