Previous
Next
Directed by: Philip Martin | Written by: Frank Deasy
When the body of missing schoolgirl Sallie Sturdy is discovered, the hunt for her killer begins. But as Tennison (Helen Mirren) and her team work to identify their prime suspect, the emotional fallout from the brutal murder starts to take its toll. As the investigation gets underway, Tennison is not only dealing very privately with the imminent death of her father but also an addiction to alcohol she is desperately trying to keep hidden. But as the pressure mounts on all sides to secure a conviction on the high profile case, the cracks begin to show. The boundaries between her professional and private life begin to blur as her personal demons become all consuming. As the investigation starts to slip beyond her control Jane forms an emotional bond with Sallie's closest friend, Penny Phillips (Laura Greenwood), in whom she recognizes a kindred spirit. While the crisis threatens to destroy the reputation of an exemplary career, Tennison struggles to stay afloat as the storm around her intensifies. Yet despite the occupational danger inherent in the relationship, Jane becomes unable to detach herself from the teenager, convinced Penny is her only lifeline.
Cast: Helen Mirren (Det. Supt. Jane Tennison), Stephen Tompkinson (Sean Philips), Laura Greenwood (Penny Philips), Eve Best (Linda Philips), Gary Lewis (Tony Sturdy), Katy Murphy (Ruth Sturdy), Frank Finlay (Arnold Tennison), Tom Bell (Bill Otley), Robert Pugh (DS Alun Simms), Brendan Coyle (DCS Mitchell), Robbie Gee (DI Traynor), Russell Mabey (DS Cox), Laura Doddington (DC Wood), Heshima Thompson (Curtis Flynn), Carolyn Pickles (Pauline) 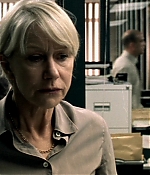 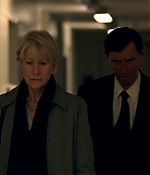 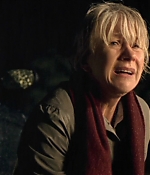 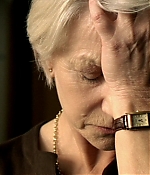 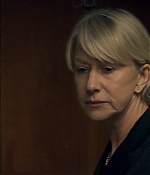 One last time, Helen Mirren reprises her iconic role as the formidable Detective Superintendent Tennison. As her exemplary career heads towards its inevitable conclusion. Jane is paying dearly for 35 years of repressed rage and loneliness. It also connects the dots to many subplot of the previous series’, such as her relationship to her father and to Bill Otley, who returns for the final show. But most of all, “The Final Act” deconstructs Tennison, who has spent her life dedicated to the police, and who comes to terms on what’s left in her life.

Lynda LaPlante, who parted with “Prime Suspect” after the third installment, showed her disappointment on the show’s conclusion. “I just find it very sad that for the end of a great character, female, somebody has to say ‘make her a drunk’. Why?” Critics didn’t mind and gave the final “Prime Suspect” rave reviews. New York Magazine wrote, that it “incorporates and refines precious elements from all these previous hoursâthe father whose birthday Jane missed, the ghostly child who never was, the earliest nemesis at Scotland Yard, the satisfactions of a job well done, what music and art can do to allay loneliness and grief and what they canât, why being an adult means living with your choices, how listening at full alert sounds the darkest depths, and the address of the nearest AA meeting. Itâs like saying good-bye to Leopold Bloom. And Variety wrote, “the main distinction is Mirren. She invests Tennison with dignity and intelligence but also pathos, determined to solve Sallieâs murder so she can go out on a win before her excesses undo her.

The last “Prime Suspect” has everything that has made this show so special – a gripping case, a tough as nails Tennison, a great cast of supporting players, not to mention Bill Otley. But this “Prime Suspect” feels different. From the first minute you see that Jane Tennison is falling apart. She seems to old for the job, too drunk to be in charge. She knows it and her colleagues know it. The audience knows that this is her last case, just as Tennison knows. You hope that she’s not only able to solve the case, but to end her glorious career to an end with dignity. At least, she manges one of the two. A sad ending, but a fitting one for Tennison. Very recommended.

Prime Suspect 7: The Final Act is being listed under the following tags: Crime Series, Prime Suspect, Thriller, Year 2006
Back to previous page
Advertisment