Previous
Next
Directed by: Stephen Frears | Written by: Peter Morgan 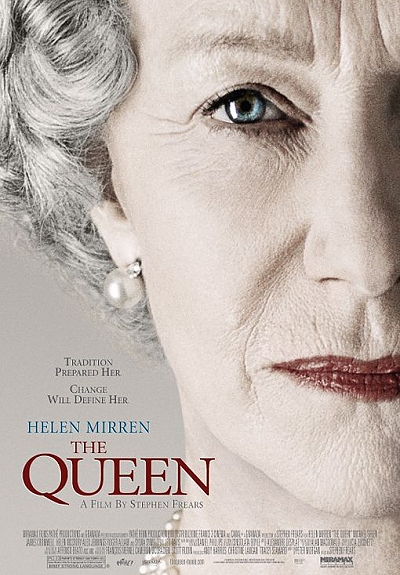 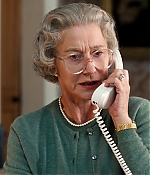 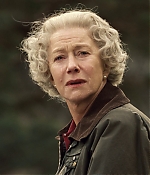 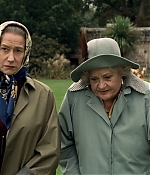 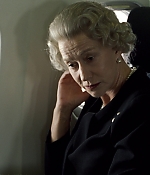 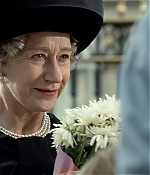 When Princess Diana died in a car crash in Paris in August 1997, few could have predicted the impact the tragedy would have had on both the British government and the royal family. Certainly, following her separation from Prince Charles, Diana had made waves for her refusal to sit quietly in the background and disappear from public life. Although she was the most photographed, and arguably the most famous woman in the world, her untimely death prompted a sea-change in the British public, its attitude to public displays of emotion and its attitude to the monarchy. As inspiration for a film, the events surrounding the death of the Princess had everything, a death following a terrifying car chase by ruthless paparazzi, a young woman cruelly killed in her prime, a controversial love affair cut short before it could blossom, a public devastated by the news of her death and a press corps accused of causing the death which was desperately trying to deflect attention from itself.

âWe wanted to team up on a film about another great British institution,â says producer Christine Langan. âThe royal family was an obvious choice and the death of Diana and how the royal family coped with that quickly emerged as the most promising subject. Diana had been a great cause of tension while she was alive; it was inevitable that her death would present the monarchy with perhaps the biggest challenge of the past 50 years.â Focusing on the Royal Family alone would not be enough to make for a compelling piece of cinema. What was missing was dramatic tension. Thanks to the research carried out by Langan and her team, screenwriter Abi Morgan looked at the role Tony Blair, the newly-elected Labour leader of the country, played in the events in the week after Dianaâs death. Very quickly the screenplay for “The Queen” developed into a story contrasting the old world of the inherited power and the modern world of democratically-elected power. âIt turned into a story about the constitution, leadership and the balance of power between Prime Minister and the sovereign,â he explains.

It was while he was mulling over the idea of a film about the Queen that producer Andy Harries was overseeing production on the sixth award-winning “Prime Suspect” series starring Helen Mirren. At a read-through attended by all the cast, looking at Helen, he thought âsheâs the Queen of British drama and she looks a bit like the Queen. What a good idea, Helen as the Queen.â For Mirren, it was an irresistible offer. âI thought THE DEAL was a fantastic piece of work so I knew that I would be in very good hands,â says the actress. âItâs delicate material, dangerous material in a way, so you have to be confident that the people you are working with have the intelligence and ability to put a story like this on the screen without a cheap betrayal of the subject.â Despite her years of experience, Mirren was not afraid to ask for advice from her co-star Michael Sheen whose performance in THE DEAL she had so admired. He advised her to work closely with dialect coach Penny Dyer from as early a date as possible so she would feel comfortable with the voice and the mannerisms when shooting began. She also gathered together the actors who were playing her family in the film, James Cromwell who would play Prince Philip, Alex Jennings who would play Prince Charles and Sylvia Syms who would play the Queen Mother, at her house âso that we got used to the sound of each others voices as family and it wouldnât feel like being with a whole group of people talking in funny voices.â

I’m not a very good mimic, so I’ve never even achieved the impersonation side of it. I didn’t know wheter I’d get the voice right. And I had a wonderful, brilliant brilliant voice coach. And that was the place to start with, with the voice. And bit by bit you build it up. So when I actually walked on the set in my costume and everything, it was very strange. It was like getting into a nice, warm bath. I felt very comfortable there. I’d come to appreciate the woman who is The Queen in a very different way to how I thought about her five months before. (Helen Mirren, Hollywood Greats, 2007)

Working with Stephen Frears was also an incentive to join the film. âStephen is almost like a conductor, he directs like a conductor,â explains Mirren. âItâs as if heâs hearing a tune of the film in his head and heâs conducting the shot, the performance.â Harries and the team are acutely aware that the film may raise hackles and cause controversy. However he, his director and writer are adamant that their intentions are not subversive. âWeâve made sure everything was out in the open,â says Harries. âWe werenât trying to do anything clandestinely. There was never a republican agenda to this script. Whatâs powerful about the idea is its audacity â you are making a film about a living monarch.â âIt will be controversial because it exists,â concludes Frears. âThe gap between what people are expecting it to be and what it is will be very great. Iâm expecting journalists to look for trouble and the film itself doesnât supply trouble. The act of impertinence is in the making of the film, it has nothing shocking or scandalous to say or that isnât in public domain, but the very act of treating Queen like a woman rather than like a cut-out of a sovereign is itself shocking.â

Helen Mirren’s portrayal garnered her acclaim from critics around the world. Her portrayal made her a favourite for the Academy Award for Best Actress as soon as it premiered at the Venice Film Festival, where Mirren received a five-minute-long standing ovation, as well as the Best Actress award. Roger Ebert came out of recovery from surgery to give the film a review. He called it “spellbinding” and gave it four out of four stars. “The Queen” was the most critically acclaimed film of 2006 with Mirren being the most critically acclaimed actress of the year, winning the Golden Globe, Screen Actors Guild Award and Academy Award as Best Actress.

Much has been written about “The Queen” and Helen Mirren’s performance, so to say it’s as good as everyone knows would be too little for a review. So here’s what surprised me from the first time I’ve watched this film. The Queen might be one of the most known persons on the planet. Most people know how the Queen speaks, everybody knows how the Queen looks. Helen Mirren, in comparison, does not look much like the Queen. Sure, there’s makeup and wigs, but no matter how hard actors try to impersonate real people, it is still an impersonation. But from the moment she enters the screen, you go with it, you believe her to be the Queen. I think it’s Mirren’s conviction that shines through in every scene, and we, the audience, thankfully accept. It’s a master class of acting. It’s another thoughtful, brilliantly executed performance that deserves all the praise it has received. During her career, Mirren has done a lot of different projects, genres and roles. But if you had to choose one film performance to testify Mirren’s abilities as an actor, it would be “The Queen”.

The Queen is being listed under the following tags: Biopic, Drama, Queens, Real-Life Characters, Year 2006
Back to previous page
Advertisment