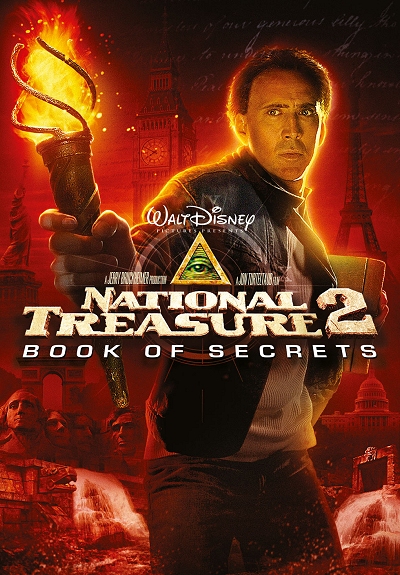 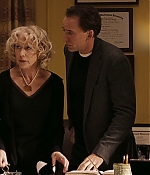 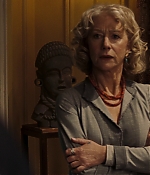 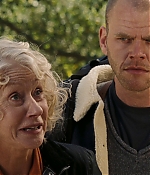 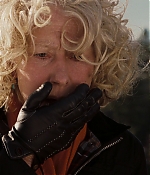 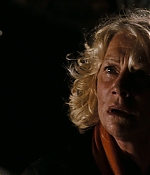 “National Treasure” grossed more than $347 million worldwide upon its release in 2004. “I’m always surprised when an audience likes what we do,” admits its producer Jerry Bruckheimer. “You know, we make these movies in a kind of vacuum, we have nobody telling us what’s right and wrong. It all comes from instinct and surrounding ourselves with talented people. It takes just as much hard work on a picture that doesn’t work for an audience as one that does, so you’re always pleasantly surprised when they’re excited by a movie. I like adventure films that take you to other places and where you can learn things on the way, and that’s what “National Treasure” was. It was suspenseful, humorous, had engaging characters and, maybe best of all, used American history as a jumping-off point for a very entertaining film. Audiences love to be entertained, but they also love to learn something.” Reprising their roles are Nicolas Cage, Diane Kruger, Justin Bartha, as well as Jon Voigt and Harvey Keitel, with the addition of Helen Mirren as Cage’s mother and Voight’s nemesis ex-wife.

Mirren “loved the first “National Treasure.” I thought it was smart, very entertaining, and led people into history in a very lively way, and that’s always a good thing. Personally, I love historical documentaries because they always push me back into history, and I thought this was a very fun way of doing that.” Mirren found the idea of portraying Ben Gates’ mother more than engaging because of the character’s intelligence and strength. “Emily is a very high-level expert in deciphering ancient languages, which really fits into the DNA of that particular family, as both Patrick and Ben are adventuresome types who are obsessed with history. But Emily has resisted the whole concept of treasure hunting, feeling that it’s a waste of time, energy and money. She hasn’t seen Patrick in the 32 years since they were divorced, and they fall straight into an argument the minute they have a reunion, as if it all stopped just 30 seconds before.”

While “National Treasure: Book of Secrets” fared even better at the box office than the first installment – it took 38 days of release for the sequel to out-gross the original – it was poorly received by critics. Richard Roeper wrote, that “this just might be the silliest movie ever to feature three Academy Award winners.” The Toronto Star dismissed the film for its lack of original storyline. “As much as you want to applaud the movie’s winking commitment to its own Looney Tunes logic, it’s frustrating when lazy and illogical plot devices are used like cattle prods.” The Guardian called the Indiana Jones style sequel “clever and insouciant in a dumb, heavy-handed way”.

âââââ
“National Treasure: Book of Secrets” is pretty much a formula movie. You don’t need to know the first movie to jump right in and understand the characters, which is not meant as a compliment but a testiment to how one-dimensional every role is handed. The same goes for the story. I understand that a movie of this caliber/budget doesn’t strive to explore new territory. It’s there to give audience members what they liked about the first one, only with more car chases, explosions and all kind of rather outrageous plot twists. The addition of Mirren doesn’t add much, since this part is as well very formulaic. Besides Voight, Mirren’s character is just another grumpy funny one-line provider. It’s not the genre that Mirren is used best, and it’s fair to say that her recent Oscar win played a big part in doing “National Treasure” – it helps the film to add another big name and has probably helped Mirren to show up in a big budget film. But that’s about it, the film doesn’t offer anything new. The last third is like “The Goonies” with grown-ups, just without the passion and heart that made other films of this kind a classic.

National Treasure: Book of Secrets is being listed under the following tags: Action, Adventure, Sequel, Year 2007
Back to previous page
Advertisment