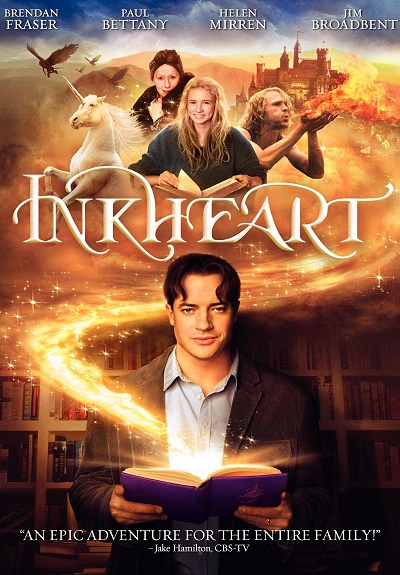 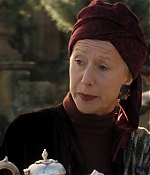 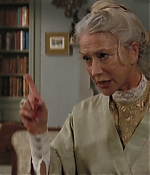 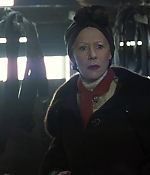 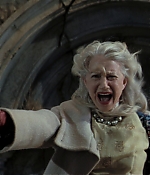 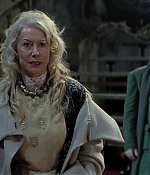 Based on the best-selling book by Cornelia Funke, “Inkheart” is a fantasy adventure that sends a father and daughter on a quest through worlds both real and imagined. Mo Folchart and his 12-year-old daughter, Meggie, share a passion for books. What they also share is an extraordinary gift for bringing characters from books to life when they read aloud. But there is a danger: when a character is brought to life from a book, a real person disappears into its pages. “What are the boundaries between what is real and what is imagined?” asks “Inkheart” director Iain Softley. “Thatâs something in which Iâve always been interested – the way that fantasy can impinge on the real world. And when you are talking about books and stories, especially in the mind of a child or an adolescent, then those boundaries between reality and imagination are even more fascinating to explore. One of the things that appealed to me about “Inkheart” is that itâs a story that bridges the everyday and fantasy realms.”

For Funke, the casting of Brendan Fraser as Mo was the fulfillment of her original vision for the character. “Brendan inspired this character from the very beginning,” the author reveals. “I pictured Mo with Brendanâs face and Brendanâs voice. He has an exceptionally beautiful and expressive voice, which is very important for this character.” Very important, because, in the world of “Inkheart,” Mo is known as a “Silvertongue” – someone who can speak the written word into reality. “When I first met Brendan, I knew it was extremely important that we got on because Meggie and Mo have such a strong relationship”, says Eliza Bennett, who plays his daughter. “He was so warm and welcoming to me, we got along immediately. I found it really easy to treat him as my father because he treated me as if I were his daughter. He was just so nice and really caring.” Certainly the filmmakers considered it one of their biggest casting coups to have secured Oscar winner Helen Mirren for the role of Meggieâs great-aunt Elinor. “To me, Elinor was a gift of a part – wonderfully amusing and with a great story arc,” says Softley. “Right from the start, Helen was at the top of my list. Iâve always admired her work and wanted an opportunity to work with her.” Nevertheless, Pokorny admits, the timing might not have worked out following Mirrenâs “royal” year. “In the wake of the success of “The Queen,” we were naturally concerned that she would not be available,” the producer recalls. “As it turned out, though, she not only enjoyed the script but also had marvelous ideas for the character of Elinor. We were so fortunate to have her and couldnât imagine anyone else playing the role.”

Mirren says that, in keeping with Elinorâs great love of books, her ideas for her character began with a literary figure. “I based my character on poet Edith Sitwell, who is famously quoted as saying that her hobbies were âreading, listening to music and silence.â I think thatâs where Elinor starts out – sheâs buried herself in books and finds all the excitement she needs there.” Softley adds, “Helen felt there should be more emphasis on Elinor as a lover of reading as much as a lover of books. Elinor was a collector of books because she wanted to read, not because she loved the artifacts. To me that was a brilliant idea because it brought to the fore something that was very evident in the book – the notion that books offer remarkable worlds to escape into that are in many ways as real as the one that we live in.” Mirren has that viewpoint in common with her role. “Ultimately, books do have one major advantage over film. Film can lay it all out for you, but there is nothing like the power of your own imagination. So I loved the concept of playing with the whole idea of what is real and what is imagined and blurring the line between the two. Elinor is obsessed with the world of literature, but when that world literally becomes real to her, she thinks itâs outrageous and, of course, she canât cope with that at all,” Mirren laughs. The actress reveals that she was a bit nervous meeting Cornelia Funke, having, as she says, “changed the direction of the character somewhat.” But she neednât have worried. Funke responds, “It was a dream to cast Helen Mirren as Elinor and I absolutely loved her interpretation of the role.”

The American release was originally slated for Christmas 2007, but then was changed to 19 March 2008. Due to the writer’s strike, the film was further pushed back and opened 12 December 2008 in the UK and 23 January 2009 in the US. The critics for “Inkheart” were mixed upon its release. The Hollywood Reporter disliked the film, saying: “Whatever made the German novel Inkheart by Cornelia Funke so popular that it got translated into 37 languages is nowhere in evidence in its film version”, and “The main problem is the central concept itself.” On the other hand, The Arizona Republic enjoyed the film, saying: “Inkheart is entertaining enough, if not always easy to follow. And if it does nothing else, at least it may inspire kids to read, if for no other reason than to help make sense of it all.” A. O. Scott said the film “aims for a blend of whimsy and tingly suspense but botches nearly every spell it tries to cast. Its opening scenes are more confusing than intriguing, and the acceleration of the plot leads to a sense of busyness rather than suspense. A movie that can produce the image of Helen Mirren astride a unicorn has some claim on the audienceâs interest, and a movie that can make that image seem perfectly uninteresting is in some serious trouble.”

âââââ
One of the many children’s book adaptation that have followed after the success of “Hary Potter”, “Inkheart” features a boast of characters, literature references and light entertainment mixed with dark images. I probably wouldn’t have seen it if it wasn’t for Mirren’s involvement, and I can’t say where it ranges with other children’s books adaptations. The film is worthwhile for a fine supporting English cast that includes Mirren, Jim Broadbent and Andy Serkis and it’s visually well-done with a beautiful cinematography. At times, it’s hard to follow the story due to the large amount of characters and subplots. Recommended to everyone who likes this genre.

Inkheart is being listed under the following tags: Action, Adventure, Fairy Tale, Literary Adaptation, Year 2008
Back to previous page
Advertisment