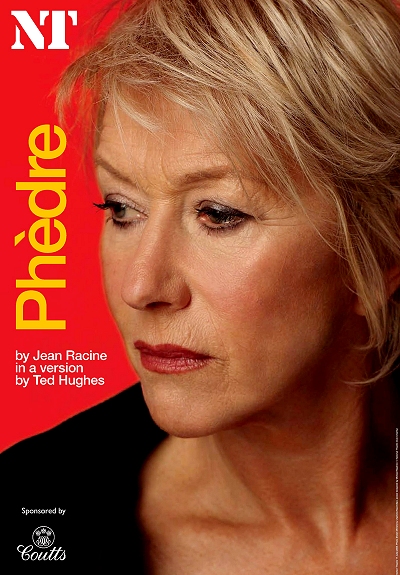 Hippolytus (Dominic Cooper) searches for his missing father, the great king Theseus (Stanley Townsend). His tutor ThÃ©ramÃ¨ne (John Shrapnel), is confused by Hippolytus' eagerness to leave. Hippolytus explains away his agitation as being induced by the arrival of his stepmother, Queen PhÃ¨dre (Helen Mirren), whom Theseus had sent to Troezen before his departure. Although ThÃ©ramÃ¨ne sympathises with Hippolytus, he still does not understand why Hippolytus is quite so adamant to leave, particularly as PhÃ¨dre is no threat since she is dying.
Cast: Helen Mirren (PhÃ¨dre), Dominic Cooper (Hippolytus), Stanley Townsend (Thesus), Margaret Tyzack (Oenone), Ruth Negga (Aricia), Chipo Chung (Ismene), Wendy Morgan (Panope), John Shrapnel (ThÃ©ramÃ¨ne) 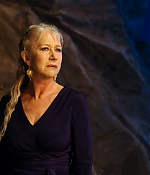 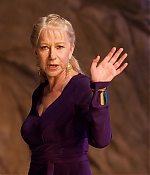 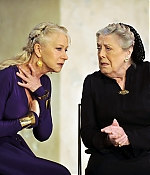 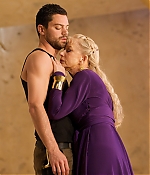 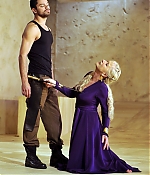 Rarely have the critics been so neatly divided into two camps, both alike in dignity, as they are over Helen Mirren’s PhÃ¨dre. “As personal disasters go, this one’s off the scale,” writes Kate Bassett in the Independent on Sunday, after summarising the ancient tale of a queen’s doomed lust for her stepson. “But the real disaster is this: you don’t give a monkey’s. Neither Mirren nor Cooper convey any great emotional depth.” In the Times, meanwhile, Benedict Nightingale speaks on behalf of the enthusiasts. “We haven’t seen Helen Mirren give a theatrical performance since 2003,” he says, “but the years before the cameras haven’t dimmed her power to fill a large stage or rivet a first-night audience â¦ Nicholas Hytner’s modern-dress revival is almost unerringly fine.”

For a culture fraud such as yourself, this means you can say whatever you like â safe in the knowledge that there will be someone who agrees with you. But there is a thornier dilemma that you must settle first: how exactly are you going to pronounce “PhÃ¨dre”? In the original French (you will naturally already know that the play was written by Jean Racine in 1676-ish), the word would have come out something like “Fairt’rh”. But there are some advanced noises in there, and only ponces and Frenchmen attempt those. Besides, this production uses a Ted Hughes translation, so it makes more sense just to chomp the title Englishly until it sounds like the Wimbledon No 2 seed, Roger PhÃ¨dre. Alternatively, you could duck the issue, and try and get away with calling it “Phaedra” or even “Hippolytus”, which was what Euripides called his version. This does imply, however, that you are the kind of old reptile who gets a chuckle out of saying “wireless” instead of “radio”, in which case your opinion scarcely matters.

Conquer the pronunciation, though, and you’re on to a winner. “Why â¦ does this PhÃ¨dre feel overblown but underpowered,” you could declaim, as the Observer’s Susannah Clapp does. And then answer your own question by borrowing her opinion that Mirren’s emotional scenes “are delivered as rhetorical set pieces; she never seems driven from one statuesque or writhing pose to another”. Or you could pinch Michael Coveney’s rather splendid snipe that this “reverentially presented” version “feels like something devised for groups of tourists on the South Bank” and “has nothing much to do with Racine”. Support this latter point, if necessary, with some airy mentions of the seaside setting and the loss of the original Alexandrines. (Twelve-syllable lines of verse, should anybody get suspicious.)

If you’re in cheerleading mood, however, you can choose to take Henry Hitchings’s view that “in Hughes’s version [Racine’s] writing comes throbbingly alive” and add, as he does, that Dame Helen “anchors proceedings, and every time she steps on to Bob Crowley’s austere set of battered stone … one’s pulse sprints”. To lend your views some authority, you might want to qualify this with Michael Billington’s suggestion that Mirren “gives us a real woman poleaxed by passion; and, even if she doesn’t supplant the memory of past performances by Glenda Jackson and Diana Rigg, she more than matches them”. (If you can’t remember those past performances at all, of course, you might want to leave that bit out.)

Phedre is being listed under the following tags: Jean Racine, The Royal National Theatre, Year 2009
Back to previous page
Advertisment