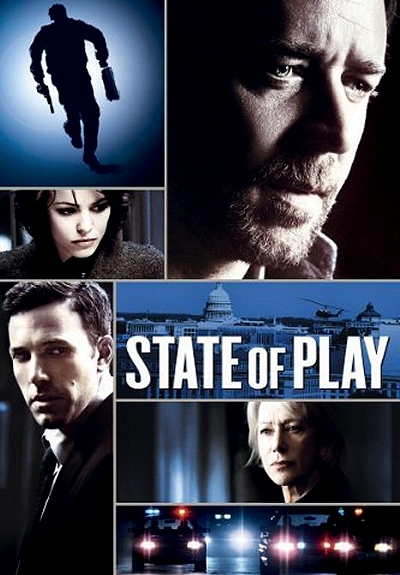 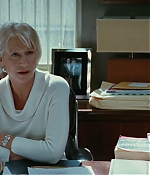 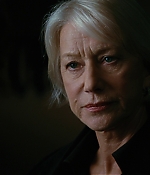 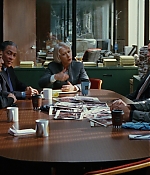 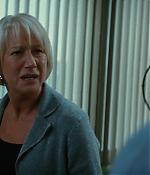 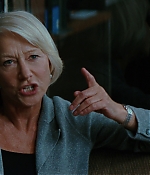 From securing the f ilm rights to finalizing the cast, the road to putting “State of Play” cameras on the streets of Washington, D.C. took as many twists and turns as a political thriller. It began with brilliant source material from writer Paul Abbott, the creator of the enormously successful and critically acclaimed 2003 miniseries that aired on the BBC. The persistence of producer Andrew Hauptmanâjoining with Working Titleâs producers Tim Bevan and Eric Fellnerâensured the adaptation would make it to the big screen. Soon after the series aired, Hauptman began negotiating with agents in London for feature film rights to Abbottâs work. Abbott was naturally keen to ensure his carefully constructed series not fall into the wrong hands for translation. âIn my initial conversations with Paul, he was concerned about how we were going to turn a six- hour drama into a feature film,â says Hauptman. âWe were both concerned about making a movie that lived up to the quality of the series.â âWhen I saw State of Play on TV, I absolutely loved it,â remarks director Kevin Macdonald. âLike everybody in Britain loved it, and it won every award going. Five years later, I was sent a script. I was intrigued by it, but initially suspicious, as I loved the series so much. I thought: âItâs six hours long. How can I make it into two hours?ââ

Macdonald had no interest in simply re-shooting the work of the miniseriesâ creators. âPart of the way we got around that was that we changed it rather radically,â he says. âAlthough the basic story is the same, thereâs a lot thatâs very different about it. You realize you canât make another version of something that was good. You have to reinvent, and thatâs what weâve tried to do.â The filmmaker was particularly intrigued by how the script for State of Play took a relevant look at the declining state of print journalism and the death to dailies in certain markets. He saw Cal McAffrey as one of the few remaining in a dying breed: a traditional journalist who scours each lead until heâs satisfiedâ¦and a newsman who files his story the night before it is made available in the printed edition of the paper. McAffreyâs editor shoulders the corporate demand to publish scandal or perish, and Della Frye comes from a new school of reporters who are more comfortable with multitasking and instant access to informa- tion. In her world, the blogger first to publish an opinion is often the go-to expert (and frequently cited source) on the subject for future stories. Before filming was set to begin, State of Play suffered a setback that affected productions across the United States: the Writers Guild of America strike of late 2007 and early 2008. The original two leads opted out of the production. But the producers believed they had a brilliant script, as written, with which they should proceed. So they submitted it to two Academy Award winners who would promptly give the project new life.

The leading roles were cast with Russell Crowe as veteran newsman Cal McAffrey and Ben Affleck as congressman Stephen Collins. Joining them were Rachel McAdams as McAffrey’s aide and Helen Mirren as his boss – a role that was originally played by Bill Nighy in the BBC series. Mirren was drawn to “State of Play” by not only the story, but also the fact that she would be representing powerhouse women of the press, some of whom she met prior to her first day on set. âI liked the smartness of it, the relevance of it, the modernity of it,â notes Mirren. âPlus, I thought it was a great role. I was lucky enough to be in Ireland before this, doing an interview for The Irish Times when the journalist said, âYou know, the ditor of our newspaper is a woman.â I got very excited and I said, âWell, I have to meet her.â She was great.â Mirren did additional research for the role of tough-as- nails editor Cameron Lynne by joining a working session at the Los Angeles Times. âThey kindly allowed us to sit in on what they call their â4:00 meeting,â which is when they start shaping up the next dayâs newspaper,â she recalls. âThe head of each department pitches his or her own stories to try to get it on the front page. The feeling in that room was great. You felt you were in a room with very smart people, but they were also very tough with each other. No politeness, just very straight-forward, very on the nose. Youâve got to have nerves of steel in that environment.â Macdonald liked that Mirren empathized with the pressure that the paperâs editor was under, one that is a daily experience in newsrooms across the world. He says: âThe Globe has new ownership. The readership is diving like every newspaperâs readership is diving, and Cameron needs this big, sexy story that Cal and Della are chasing. She needs that fast because thatâs going to help boost the circulation, as well as her profile with the ownership. Sheâs torn between her old habits as a journalist and the more commercial tabloid instincts she has that will help the business to survive.â

“State of Play” released in April 2009 to positive reviews. Roger Ebert of the Chicago Sun Times described the film as “a smart ingenious thriller”, and he went on to say, “There are many other surprises in the film, which genuinely fooled me a couple of times, and maintains a certain degree of credibility for a thriller”. Entertainment Weekly was full of praise as well in their A- review: “The issue of newspapers fighting to stay alive in the Internet era exerts a particularly topical zing in State of Play. It’s one of the first journalistic dramas to take up this theme, which arises out of the bickering partnership between Crowe and McAdams (perfectly cast as an ambitious wonkette). More than that, though, the movie’s plea for the investigatory relevance of its hero’s profession begins, after a while, to blur into the issue of the film’s own relevance. If a thriller with the verve, fire, and – yes – the timely substance of State of Play can’t catch on, then movies for grown-ups may well prove to be as endangered as newspapers.”

âââââ
I haven’t seen the BBC series, so the film version of “State of Play” was my first look at the spiderweb story of political intrigue and its connection to journalism. The film, to me, is perfect entertainment, a gripping thriller they way it should be. The story is stuffed with subplots and twists, but in comparison to other films, it works and it manages to get better and better as the story proceeds. There might be one small drawback as Crowe and Affleck seem to be the last people who’ve ever been friends in college. But they’re both impressive in their characters, supported yet again by a fine supporting cast that is blessed with three-dimensional, full fleshed characters. Mirren’s character, at first, seems to be another “mean lady” – the kind of role she has played in the last two films – “National Treasure: Book of Secrets” and “Inkheart”. But don’t be fooled. Cameron Lynne – snappish as a piranha – is a fantastic role with great dialogue, depth and wit. Of the supporting roles that Helen has played in that time period, it’s the character that stands out. A wonderfully played performance. “State of Play” is highly recommended. It’s a pitch perfect thriller.

State of Play is being listed under the following tags: Action, Politics, Remake, Thriller, Year 2009
Back to previous page
Advertisment