Previous
Next
Directed by: Taylor Hackford | Written by: Mark Jacobson 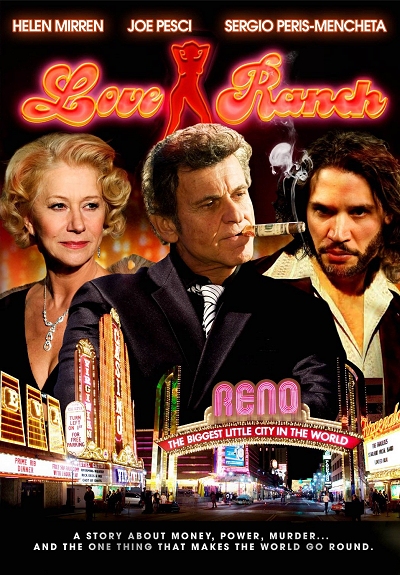 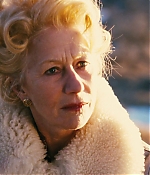 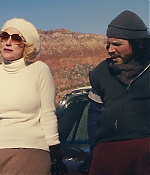 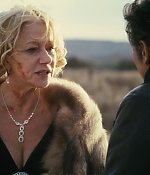 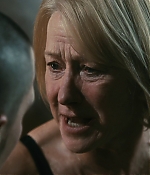 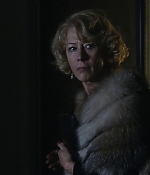 “Love Ranch” is a bittersweet love story that turns explosive when the players in a romantic triangle lose control and cross the line. Set in the late-1970s, depicting larger than life personalities living on the edge, it stars Helen Mirren and Joe Pesci as Grace Bontempo and Charlie Bontempo, the husband and wife team who own and run Nevada’s first legalized brothel. Their lives are suddenly altered when Armando Bruza, a husky, world famous heavy weight boxer from South America, played by hot up-and-coming Spanish actor Sergio Peris-Mencheta, is brought to the Ranch to train as part of Charlie’s ever-expanding entrepreneurial empire. Plans quickly go awry when Bruza comes between Grace and Charlie as an unforeseen love triangle develops that erupts into uncontrollable passion and murder.

The film is based on the real life story of Sally Burgess Conforte and her husband Joe Conforte, the owners of the the owner of the Mustang Ranch, a Nevada brothel that was the first legal brothel in the United States. “Joe used to say she was the brains behind the thing,” said Storey County Commissioner Shirley Colletti. Mrs. Conforte began in the brothel business in 1955 with a house in Fallon and later opened another in Wadsworth. Joe Conforte, 10 years her junior, opened a house in Wadsworth in the late 1950s and they became partners in 1956. They were married in the early 1960s and took over the Mustang Ranch in Storey County in 1967. Mrs. Conforte briefly emerged from her husband’s shadow in 1976 when, at the age of 59, she became manager of heavyweight boxer Oscar Bonavena, 33. She financed Bonavena’s gambling from the Mustang till and began spending most of her time with him. Her attraction to the boxer, who boasted he was going to take over the brothel, led to a bitter feud between Bonavena and Joe Conforte. In May 1976, Bonavena was shot and killed outside the Mustang gate by Conforte’s bodyguard.

Director Taylor Hackford said that “the most obvious and basic thing was I wanted to find a role for my wife. It was time. After 26 years, I wanted to work with her again and I needed a role. You look. I presented various ideas to her that she didnât like. When I was a journalist in the 70s, I was aware of this story. But I was aware of it from Joe Conforte and Oscar Bonavena, the two people I knew. Sally was this kind of cloudy figure. She was the one in the middle but I didnât know anything about her. Screenwriter Mark Jacobson focused on the fact that he made this a womanâs picture. He made it about her. When I read it, I went âWow! Here it is.â But in reality what it was is I wonât call her the old woman. The reality is this is a role for a mature woman. When we worked together on White Nights, we were getting to know each other. Obviously there was this sense of not knowing each other really. We became romantically involved and that was very exciting and interesting and weâve stayed together ever since. But after 26 years, you do develop a kind of shorthand and it works in two different ways. It depends. Some people are not very verbal. Iâm probably more verbal than my wife, meaning that Iâve got a line of bullshit that I do. Then inevitably, Iâm a storyteller. Sheâs heard it all. And a woman has a way of going, âEnough. Iâm going to turn this off. Iâve heard this before. Ding! Iâm turning that off.â Thatâs a dangerous thing to have when youâre working with a director and an actor.”

“Love Ranch” was finished in 2008, but it took the film two years to release theatrically. The reviews upon its release were disastrous. Village Voice called it “the worst little whorehouse movie in Nevada”, adding that “any performer, even a deity (and Dame) like Mirren, would struggle mightily to enliven a script this deadly. Though Peris-Mencheta, in his first U.S. film, confuses constant, manic motion and overemoting for acting, he at least registers as a lively presence onscreen; Pesci and Mirren appear desperate just to get through the whole awful production. Hackford’s pacing throughout is continuously off, with scenes extending several beats too long, his two leads adrift and bored.” Rex Reed of the New York Observer wrote: “Even Helen Mirren on a bad day is better than nine out of ten American film queens polluting movie screens on any given Sunday, but really, this is one time she should have stayed in bed.”

I’m going to make a case for “Love Ranch”: It’s not THAT bad. Not like all the reviews might make you think. It’s not exactly a very good movie either, but I’ve seen many high profile studio films worse than this. That being said, there are quite some flaws to the film. It makes prostitution look like a visit to the spa. Is any of the prostitutes suffering because they’re selling their bodies to strangers? Not really, they’re getting free massages and can watch television while bickering at each other. Life is grand. Mirren and Pesci are an odd couple as husband and wife, but being based on real life characters it might hit the right notes. It’s funny to read that this is Pesci’s comeback after a screen absence of 12 years. An actor so profilic in the 1990s, I didn’t even realise he was not there anymore. This is probably a testament that he has played the same mean-spritied gangster character in every film I’ve seen him in. So once he turns up in “Love Ranch”, it’s Pesci as if he’s never been away. It’s difficult to say if there was a better movie hidden in the script for “Love Ranch”, it can be said though that Hackford could have found a better film and role for his wife. Still, I found the plot focusing on Grace and Armando interesting and well done. It’s more a look at power and business than it is about passion. Just like the Love Ranch.