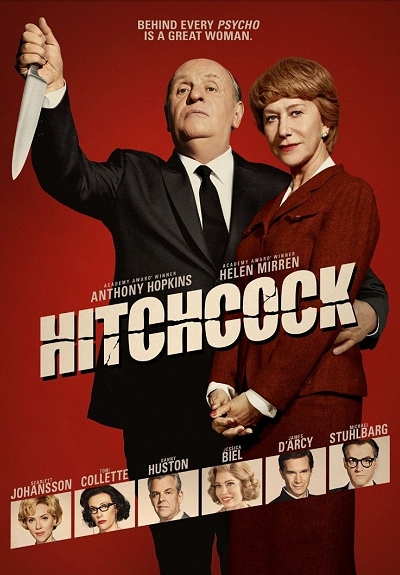 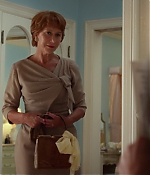 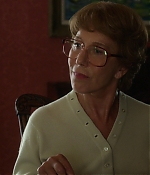 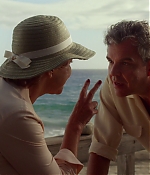 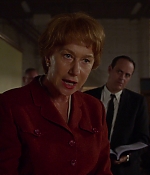 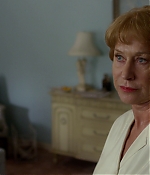 In the world of Alfred Hitchcock’s movies, chaos, danger and sinister evil hide in the shadows of his characters’ ordinary lives. But what about Hitchcock’s own everyday life? The consummately skilled director carefully cultivated a public persona – constructed out of his portly silhouette and macabre wit – that managed to keep his inner psyche tightly under wraps. But for decades the question has lingered: might there be a way to get inside Hitchcock not as an icon but as a person? For “Hitchcock” director Sacha Gervasi, the answer lay in a woman. Not one of the notorious “Hitchcock Blondes” whose cool, aloof beauty and power graced and haunted his films, but a woman who has been largely unknown to the world: his talented wife, Alma, who from behind the scenes deeply influenced Hitchcock’s work, penetrated his defenses and became his silent modest co-creator.

“I always felt the core of “Hitchock” had to be the love story between Alfred and Alma,” Gervasi comments. “They had this dynamic, complex, contradictory, beautiful, painful relationship that was not just a marriage but a real creative collaboration. I was really interested in how these two very strong-minded people lived with each other and created together and that brought a whole new perspective to the story of how “Psycho” was made. Without Alma at his side, Hitchcock would not have been as brilliant, or would not have pulled off “Psycho”.” The origins of “Hitchock” go back to Stephen Rebello’s 1990 book Alfred Hitchcock and The Making of Psycho, which followed every twist and turn in the classic film’s roller-coaster creation: Hitchcock’s interest in real-life murderer, Ed Gein, the adaptation of Robert Bloch’s incendiary novel, the casting of Janet Leigh and Anthony Perkins, the infamous shower scene that gave birth to the graphic modern thriller, and the ensuing battle with Hollywood censors and its lasting legacy. Not surprisingly, it all came together not only through Alfred’s will, but because of Alma’s significant contributions.

Soon after its publication, producers Alan Barnette and Tom Thayer, who had long wanted to make a movie about Hitchcock, optioned Rebello’s book. “What struck us about the book is that you see behind Hitchcock’s brilliance to a man who was a complex, vulnerable individual as well as the relationship between Hitch and Alma,” says Barnette. “Individually they were a bit improbable. But together, they were unbeatable.” Producer Tom Pollock admits there were a lot of other directors interested in the job who had far more experience, but Gervasi’s take was hard to resist. “Sacha had a real vision of the film as a distinctive kind of love story and he also understood that the story had to have a lot of humor,” says Pollock. Adds producer Tom Thayer: “Sacha found a contemporary relevance in the Hitchcock story that resonates for an audience. He made it the story of a marriage, framing their relationship against the gauntlet Hitch encountered developing Psycho: an artist trying to reinvent himself in an industry that wanted more of the same. It was Sacha mining the complexities of Hitch and Alma’s relationship through this lens that brought so much to the surface.”

Upon the film’s world premiere at the AFI Fest 2012, the first reviews of Hitchcock were published. Tom O’Neil of The Huffington Post wrote, “When the film unspooled at AFI Fest on Thursday night, the audience burst into wild huzzahs at the end. This Hitchcock is so well made, so much fun and so suspenseful that it would make the original Hitchcock proud… It’s a serious contender for Best Picture, lead actor, lead actress, adapted screenplay, makeup, music score, and maybe art direction.” John Patterson of The Guardian called the film “clever and witty”; “the making of Psycho is depicted in detail without our seeing one frame of the completed movie” and concluding “it lives and breathes through Hopkins and Mirren.” Upon its theatrical release, Mary Pols of Time called the film “a feel-good frolic, which is fine for anyone who prefers their Hitchcock history tidied up, absent the megalomania, the condescending cruelty and tendency to sexual harassment that caused his post-Psycho blonde discovery Tippi Hedren to declare him ‘a mean, mean man.'” Roger Ebert of the Chicago Sun-Times gave the film a positive review and felt that the film depended most on Helen Mirren’s portrayal of Alma Reville, which he found to be “warm and effective.”

“Hitchcock” is a curious case. It’s a pitch-perfect film with an astonishing ensemble cast. Anthony Hopkins is a brilliant incarnation of Hitchcock, Helen Mirren is his equal, portraying the woman in the shadow who’s responsible for his success and sanity. They’re surrounded by a wonderful supporting cast, including Toni Collette, Scarlett Johansson, Jessica Biel, Michael Stuhlbarg, James D’Arcy and Danny Huston. The story has pace, wit and humor while it gives us insight into Hitchock’s dark mind and the connection between Psycho and Ed Gein. There’s something for everyone, if they’ve seen “Psycho” or not. So why was this film not better received? I have no idea. Many were complaining that Hopkins doesn’t look like Hitchcock. I found the makeup very believable – he looks just like Hitchcock as Streep looked like Thatcher or Mirren looked like the Queen. These “roles” are about the performances, not the makeup – and Hopkins delivers one of his best performances in years. It would have been totally deserving on an Oscar nomination, as is Mirren’s turn as Alma. Her big confrontation scene is a joy to watch and a great delivery of dialogue. In the end, “Hitchcock” is proof to not trust critics too much. In fact, it’s one of the best films I have seen in recent years. Very recommended.

Hitchcock is being listed under the following tags: Biopic, Comedy, Literary Adaptation, Real-Life Characters, Year 2012
Back to previous page
Advertisment