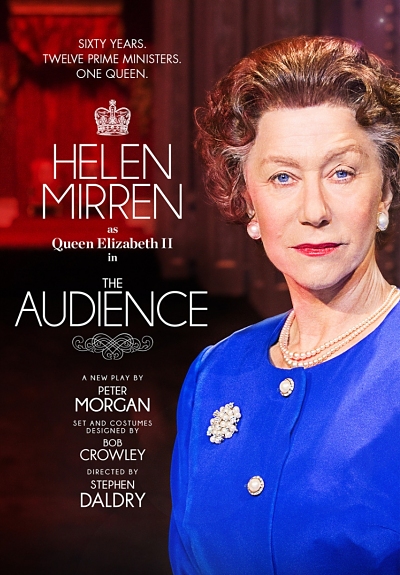 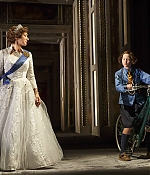 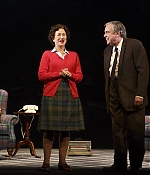 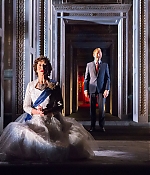 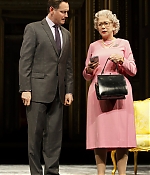 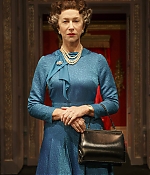 After the universal success of “The Audience” in the United Kingdom, the play was able to repeat the praise when it transfered to Broadway in March 2015. Mirren’s onstage portrait of Elizabeth II, praised by critics for its wit and compassion, “feels truthful,” she says. “We don’t know, of course. With all the bits of formal documentary and stuff surrounding the monarchy, you have to try to pick apart the reality from the sycophancy.” But “various members of the royal household” who saw the show across the pond had positive feedback. “They would say, ‘That’s exactly the way she is.’ And I didn’t feel like they were blowing smoke up my ass, as you say here in America.” The New York cast of Audience is about “half American,” Mirren points out, “with these wonderful actors who are nailing their characters. We Brits are all in awe of them.” The play has also been revised to include former Prime Minister Tony Blair, not a character in the UK production. “We felt he’s the recent prime minister who was the most memorable, or identifiable, for the American audience.”

In an interview with The New York Times to promote the Broadway opening, Mirren says, “You get this extraordinary sense of her being dutiful, doing what sheâs supposed to do,â she recalled. âAnd at that point, she had no idea she was going to be the queen. That incredible sense of grave duty was how she carried on.â When Ms. Mirren spoke of her initial resistance, one almost intuited a similar feeling of responsibility, urging her to fight the feeling: The queen had done Ms. Mirren a service (that trophy shelf), and Ms. Mirren would return the gift by embodying her onstage with as much integrity and insight as she had brought to the film. But Ms. Mirren also saw other attractions in taking another crack at what was perhaps the crowning, ahem, role of her long and distinguished career. While âThe Queenâ explored the tensions within and pressing upon the royal family in the wake of the death of Princess Diana, âThe Audienceâ dramatizes a selection of the formal meetings the queen has â on a weekly basis â with the British prime minister. Film and play offer crucially different perspectives on the woman at their center.

âThe play is not like the movie in the sense that youâre not going behind the velvet curtain to see the emotional woman,â Ms. Mirren noted. âSheâs in formal mode throughout. For me, the most amazing thing is just to witness her from that little girl at age 11 all the way to the present queen,â who is now 88. (Ms. Mirren, 69, convincingly takes up the role when Elizabeth, at 26, meets with her first prime minister, no less than Winston Churchill; in brief flashbacks scattered throughout the play, another actress plays Elizabeth the princess.) And while Mr. Morganâs point of view toward Elizabeth in âThe Queenâ was ultimately sympathetic and respectful, with âThe Audienceâ one senses that it has bloomed into something approaching real fondness. As Ms. Mirren observed, âThe play is quite witty; Elizabeth has a nice dry sense of humor in it.â

“The Audience” brought in another shower of trophies for Mirren, winning the Outer Critics Circle, Drama Desk Award and Drama League Award. The play also received three Tony nominations for Actress in a Play, Actor in a Play (Richard McCabe) and Costume Design of a Play.

The Audience is being listed under the following tags: Broadway, Peter Morgan, Queens, Year 2015
Back to previous page
Advertisment