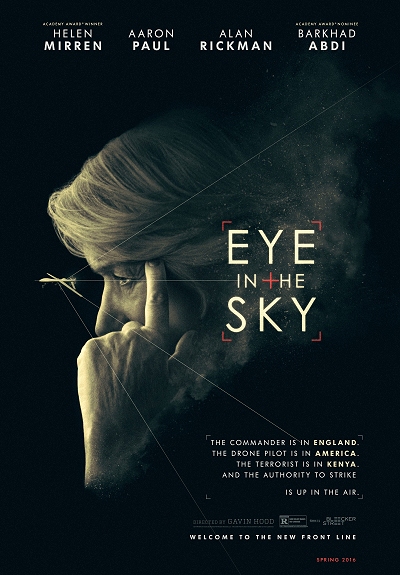 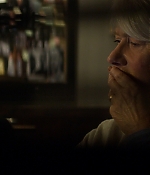 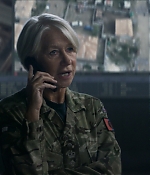 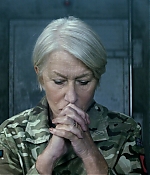 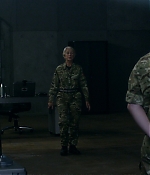 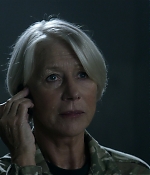 Eye in the Sky is directed by Gavin Hood based on a screenplay by Guy Hibbert. The screenplay was a project initially being developed at BBC Films, and FilmNation Entertainment acquired Hibbert’s screenplay from BBC in September 2011 for Oliver Hirschbiegel to direct. Production did not happen as anticipated, and Hood sent the screenplay to Xavier Marchand, president of Entertainment One. Marchand decided to develop it to produce a film with Hood directing.[12] Entertainment One partnered with Raindog Films in April 2014 to produce Eye in the Sky with Colin Firth as one of the producers. Actors Helen Mirren and Aaron Paul joined the cast the following month.

Hood, who was born in South Africa, chose to film Eye in the Sky in his home country. Filming began in South Africa in September 2014. Since the South African Civil Aviation Authority did not grant filmmakers permission to fly real drones in the country’s airspace for the production, they used visual effects to display the drones. Hood found practical locations throughout South Africa that substituted for settings in the film: an area that looked like Surrey for Mirren’s character, clubs that looked located in Las Vegas, and Beaufort West which was a backdrop for the state of Nevada in the United States. Filming concluded on 4 November 2014. None of the four lead actorsâMirren, Rickman, Paul, and Abdiâmet one another during production, instead filming alone with Hood due to their characters’ separate locations in the film. For example, Aaron Paul and Alan Rickman had never met each other in person, according to Paul himself in an interview with The Guardian.

Eye in the Sky grossed $6.6 million in the UK, $18.7 million in North America and $32.8 million worldwide. Rickman’s performance was well received by critics, with Richard Roeper of the Chicago Sun-Times saying, “Mr Rickman was never nominated for an Academy Award and it’s probably a long shot for a posthumous Supporting Actor for this film – but his work here is a reminder of what a special talent he possessed.” Peter Asaro on Science & Film reviewed the accuracy of the advanced military technology depicted in the film concluding, “keep in mind that while some of the advanced technologies depicted are not yet out in the field, many are only a few years away from being a reality.”

Eye in the Sky is being listed under the following tags: Inspired by True Events, Thriller, War, Year 2016
Back to previous page
Advertisment