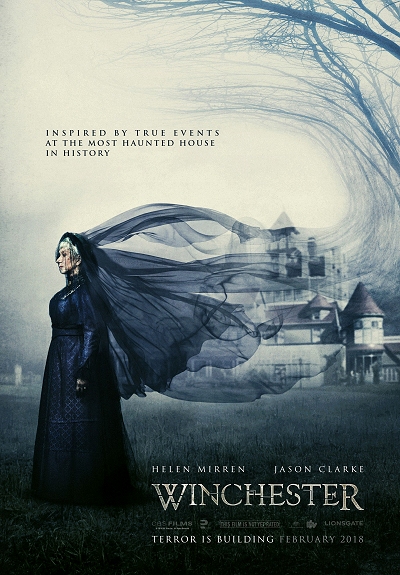 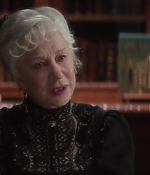 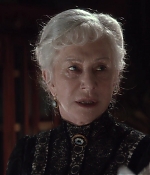 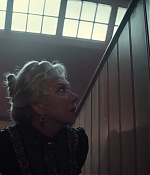 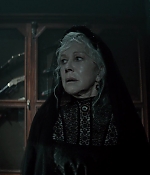 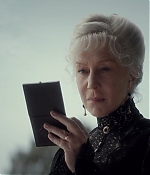 Did rifle heiress Sarah Winchester really keep building her San Jose mansion to keep at bay the spirits of those killed by Winchester rifles? The stories surrounding Winchesterâs construction compulsion are as entertaining as they are contrived: A famous Boston spiritualist told her to keep building to placate the tormented spirits of those killed by Winchester rifles. Or, the sound of hammers could never stop, lest she would die. Or, she was an architect manquÃ©, whose construction oddities like the “staircase to nowhere” were simply the result of a lack of formal training. Unraveling the mystery of Sarah Winchester’s bizarre but beautiful home building project in San Jose. The definitive truth will probably never be known, as there is little record of her endeavor besides a scattering of letters at Stanford University and San Joseâs historical archives. Only two photographs of her exist: one as a chubby-cheeked young woman in her 20s, the other as a stern widow in black Victorian garb sitting in a horse-drawn carriage in front of her mansion.

The whole question about Sarah is ‘Why?’ I don’t know if she was superstitious. All I could think of was that she had a feeling of guilt or empathy for the people who had died by this very thing that had made her very rich. The part of Sarah is an incredible gift, it’s like playing the queen. There is so much known about her, and yet at the center is a character of utter mystery. For an actress trying to get an understanding of what this person is, there is some research material. (Helen Mirren)

Sarah Lockwood Pardee was born in 1840 and married into the Winchester family at age 22. In 1866, her father-in-law, Oliver Winchester, founded the Winchester Repeating Arms Co. in New Haven, Conn., which manufactured “the rifle that won the West.” The same year Oliver founded the company that would make his family rich, Sarah gave birth to her only child, a daughter, who died at six weeks. When Sarahâs husband, William, died in 1881, she inherited 50% of the rifle company – about $20 million at that point – and moved west to be closer to her own family. First, she landed in San Francisco, but the fog and cold aggravated her rheumatoid arthritis, so she bought 161 acres in the sunny Santa Clara Valley, an agricultural area filled with plum and apricot and walnut orchards. In 1884, she began construction on an eight-room farmhouse. She and her late husband had supervised the construction of a large home in New Haven, said Winchester Mystery House historian Janan Boehme, who has worked at the house for most of the last 40 years. “I think Sarah was trying to repeat that experience by doing something they both loved.” Eventually, at a cost of about $5 million, the house grew to 160 rooms in 24,000 square feet. Then, in 1906, the great earthquake hit, toppling the seventh-story tower and buckling the top three floors. Winchester, who had a habit of sleeping in different rooms, was trapped in a bedroom for a time before her staff could find her. Afterward, she sealed off the entire front of the house and left much of it in cosmetic disrepair. The quake will be depicted in the film, as will sÃ©ances in the “witchâs cap,” a round turret at the front of the house, which may or may not have taken place.) Today, the house has a meticulously restored exterior and gardens. The interior, however, is a mishmash of original or restored decor. Some rooms were never finished, and some still have earthquake damage.

This film, directed by Australian twins, Michael and Peter Spierig, takes a decidedly supernatural tack, undoubtedly the most entertaining version of Winchesterâs unusual life. “There are many understandings of her,” said Mirren, who visited the house for the first time last week. “Was she a Rosicrucian? Was she a straight-down-the-line Christian? Was she haunted? Was she crazy?” Mirrenâs co-star, Jason Clarke, plays an invented character, Eric Price, a psychiatrist sent to the mansion by the Winchester Rifle Co. to declare Winchester insane in order to wrest back control of the company. “Eric thinks there is a compulsiveness, a disorder, and tries to get to the cause of that,” Clarke said. “Itâs a cycle; you continually build, and are paying the check with the very thing you are trying to run away from, which is the cause of your grief.” Likewise, said Mirren, who likes shooting guns for target practice or the movies, but does not understand the American fixation with weapons. “If you have made a fortune out of death, you have to pay the price, a psychological price and a spiritual price. And I can only imagine that people who make fortunes to this day from selling armaments have pause at some point, especially if they are Christians: âAm I going to pay?â”

In 2019, “Winchester” received 4 Razzie Awards nominations – for “Worst Picture”, “Worst Director” for the Spierig Brothers, “Worst Screenplay”, and “Worst Actress” for Helen Mirren. The film didn’t win any of these in the end.

Winchester is being listed under the following tags: Horror, Inspired by True Events, Real-Life Characters, Year 2018
Back to previous page
Advertisment