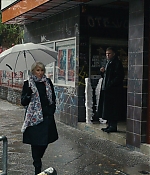 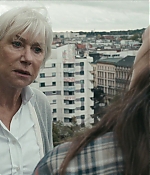 After the critical acclaim of 2006’s anthology film “Paris, je t’aime”, a version set in Germany’s vibrant capitol city Berlin seemed inevitable, although the success of its predecessors “New York, I Love You” and “Rio, Eu Te Amo” were rather arthouse than mainstream. And unfortunately, “Berlin, I Love You”, as well intentioned it might have been, turned into a mess of short stories and a view of the city that is rather meant to be an urban tourist video than an accurate view on the city, as every critic has noted in their shattering reviews. As Frank Scheck wrote for the Hollywood Reporter, “most anthology films give you the comfort of knowing that if you don’t like one segment, another one will be following in just a few minutes. Berlin, I Love You perversely does the opposite. It makes you nervous that if you don’t like one segment, which you surely won’t, another mediocre-to-awful one will follow.”

To add fuel to an already negative reception, the film’s most prominent director, Ai Weiwei became very vocal against the production after his contribution to the movie was left on the cutting-room floor. Ai contends that the segment he shot for “Berlin, I Love You” was axed by the producers for political reasons, out of fear of upsetting Chinese officials. But Emmanuel Benbihy, the filmâs Shanghai-based executive producer, says that Aiâs segment did not meet the requirements for inclusion and that the award-winning artist is obsessed with criticizing China. Ai directed his piece remotely, issuing instructions by video-call, while under house arrest in China, to Claus Clausen, the Germany-based producer of the film, who co-directed. (Ai later relocated permanently to Berlin.) The segment focuses on a boy, played by Aiâs son, who discovers a new city and uses unreliable technology to keep in touch with his distant father.

“Berlin, I Love You” was submitted to the Berlin Film Festival but failed to land a slot, even out of competition or in one of the festâs sidebars. Instead, it began its commercial career with a February 08 theatrical release, handled by Saban Films, in the U.S.

Berlin, I Love You is being listed under the following tags: Drama, Romance, Sequel, Year 2019
Back to previous page
Advertisment