Previous
Next
Directed by: Philip Martin | Written by: Nigel Williams 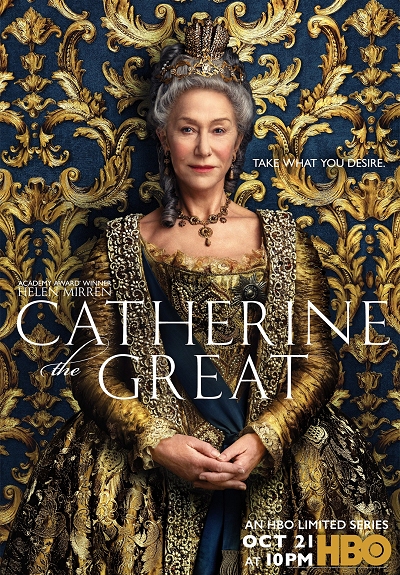 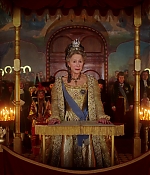 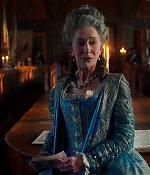 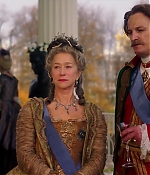 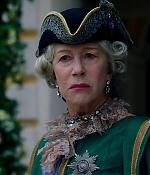 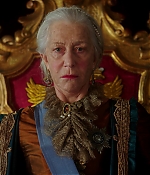 Helen Mirren takes the lead as Catherine the Great, returning to the small screen for the first time in years. “I am very excited by the possibility of embodying a woman from history who grabbed and then wielded great power,â Mirren said. âShe rewrote the rules of governance by a woman, and succeeded to the extent of having the word Great attached to her name, Catherine the Great.â Jason Clarke plays Russian nobleman Grigory Potemkin, a favourite of Catherine the Great. Most of the filming for the series took place around Lithuania, Latvia and Russia, while several palaces were also used for key scenes, including Rundale Palace in Latvia for exteriors, corridors, Countess Bruceâs quarters and for the cross-dressing ball at the end of episode one. The Pazaislis Monastery in Kaunas, Lithuania was used for the soldiersâ barracks, the mortuary and Paulâs coming of age ceremony, while Vilnius (also in Lithuania) was used for multiple locations including the council rooms and Catherine and Prince Paulâs rooms. Several palaces in Russia were also used, including Peterhof Palace, for the fountains scene when Catherine and Lady Bruce encounter Potemkin; Gatchina Palace, for Prince Paulâs palace; and the Yusupovkiy Palace, for the theatre scenes in episode two.

Upon its television premiere on October 03, 2019 on Sky Atlantic (and later in the month in the United States on HBO), critics favored Catherine the Great as another highlight performance in Helen Mirren’s career, although not everybody embraced the series as a whole. The Guardian wrote: “Catherine the Great is played, magnificently, by Helen Mirren. If she were not, questions would surely be asked in the House. Her formidable talent and long career has made her into acting royalty herself and in recent years she has become a specialist in monarchs proper, leaning into her innate regality to produce award-winning turns as Elizabeths I and II. It feels as much a labour of love as the glad seizing of a part that would be catnip to any actor. The perfect actor gives a magnificent performance… and yet the show around her falls flat”. The Independent wrote that “there are endless palaces and balls and luminous outfits, reds and greens and gold. Who knew 18th century Russia had such good dry cleaners? Given the scale, Mirren has to play her character louder than she might otherwise, but she still has a deft way of mixing humanity in with all the grandeur. I suppose playing 4,000 queens in her career has given her a bit of practice. Catherineâs not quite great, yet, but sheâs very good.”

Catherine the Great is being listed under the following tags: Drama, History, Inspired by True Events, Miniseries, Queens, Real-Life Characters, Year 2019
Back to previous page
Advertisment