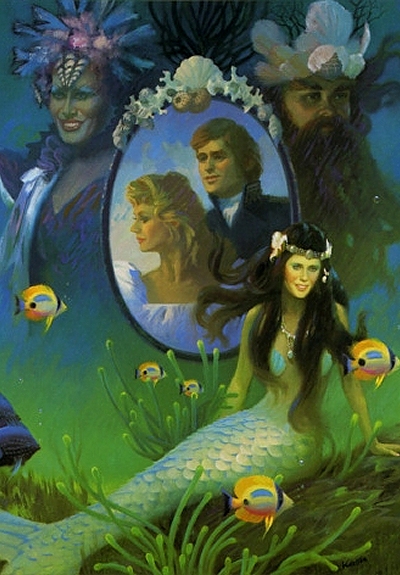 Pearl (Pam Dawber) is a beautiful young mermaid who lives with her father King Neptune (Brian Dennehy) in a kingdom at the bottom of the ocean. When Pearl comes of age and is allowed a brief glimpse of the world above the sea, she falls in love with a handsome Prince (Treat Williams) whom she saves from drowning when his ship has a fatal explosion. She makes a bargain with the Sea Witch (Karen Black): her voice in exchange for a pair of legs and hopefully the love of the Prince. Once on land Pearl quickly returns to the Prince, though he only has eyes for the lovely Princess Emilia (Helen Mirren). What follows is a heartbreaking story of love and sacrifice, as Pearl risks everything for true love.
Cast: Pam Dawber (Pearl), Helen Mirren (Princess Amelia), Treat Williams (Prince Andrew), Laraine Newman (Coral), Carinthia West (Charlotte), Brian Dennehy (King Neptun), Karen Black (The Seawitch), Guy Boyd (The Captain), John Achorn (Sailor), Patrick DeSantis (Sailor), Donna McKechnie (Anemone) 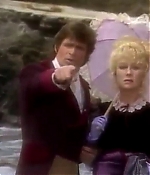 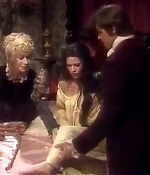 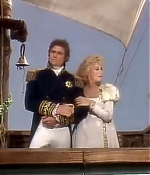 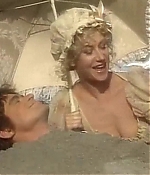 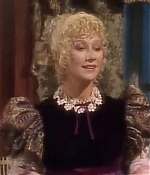 Many stories can be tied to Hans Christian Anderson, but The Little Mermaid isn’t typically one of them – as the Disney story usually defaults in most people’s minds. Alas, this episode aired a good 10+ years before the film, supporting the dark and semi-contemplative nature underneath. It focuses on Pearl (Pam Dawber), a mermaid who takes the opportunity to swim to the surface and watch humankind on her 15th birthday. She discusses the prospect of taking her sisterly turn to the surface with her father, King Neptune. Brian Dennehy plays Naptune here in near-unrecognizable fashion, injecting a slight amount of humor and zeal to the king of the sea. It’s when Pearl returns completely smitten by Prince Andrew – played by Mr. Dead Heat himself, Treat Williams – that she ventures into the lair of the Sea Witch (aka Ursula from the Disney concoction, much more effective in this setting) and makes a bargain with her, a pair of legs for her beautiful singing voice. Karen Black really gets the mischievous evil demeanor just right as the witch, projecting herself in one of the more memorable moments in the episode. However, the show-stealer comes in Helen Mirren (The Queen) as Princess Emilia. Though she’s a somewhat “lesser” character, she automatically grabs attention and lingers throughout the story – something that, sadly, doesn’t happen terribly well with Pam Dawber as Pearl. It ends in bleak fashion with an appropriate ending, but ultimately The Little Mermaid feels like it drags on for much longer than the time boasts.

Quite a campy version of the sad fairy tale by Anderson, pepped with a lot of romance and suitable for children. The cast is playful butt oddly put together, and it’s not that comprehensible why Helen would have been part of this when there were probably more interesting things around. But like her appearance on “The Twilight Zone”, this is a diverting tv piece that doesn’t hurt watching.