Previous
Next
Directed by: Peter Medak | Written by: Charles Beaumont
Maddie Duncan (Helen Mirren) is a nebbish thrift store worker, who one day discovers a rather nice pair of shoes. What she doesn't know is that the shoes belonged to the late Susan Montgomery, who was killed by her husband (Jeffrey Tambor). When Maddie puts those shoes on, Susan's vengenful spirit possesses her, and she instinctively leaves towards the Montgomery residence. First, she calls her husband at work and manages to convince him she's not dead. She coaxes him into a confession, and then tries to take revenge.
Cast: Helen Mirren (Maddie Duncan), Jeffrey Tambor (Stephen Montgomery), Theresa Saldana (Inez), Robert Pastorelli (Man), Sasha von Scherler (Eileen), Hardy Rawls (Hyatt), Tyra Ferrell (Maid), Julie Dolan (Girl), Leslie Bega (Girl), Nana Visitor (Lori), Lance E. Nichols (Cabbie), Pia Gronning (Susan Montgomery) 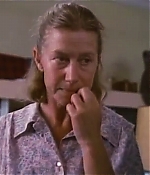 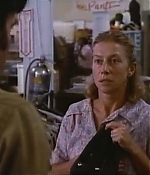 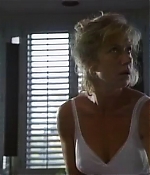 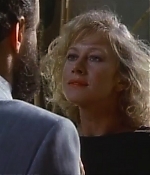 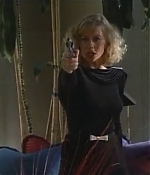 Based on the original Twilight Zone’s “Dead Man’s Shoes,” written by Charles Beaumont, this updated version is well done and inventive. It gives Helen Mirren a chance to shine and transform on screen, from a mousy thrift store clerk to a glamorous… well, dead woman. Never mind the story, or the setting – this is very 1980s. But it’s funny to think that Helen, at this time in her career, was relatively unknown in America, and that she would (or need?) get a job on The Twilight Zone after the rather unsuccessful “2010: The Year We Make Contact” and “The Mosquito Coast”. But for a half hour of television, this is fun and diverting.

The Twilight Zone: Dead Woman’s Shoes is being listed under the following tags: Anthology Series, Mystery, Thriller, Year 1985
Back to previous page
Advertisment