Previous
Next
Directed by: Pat O'Connor | Written by: Bernard MacLaverty 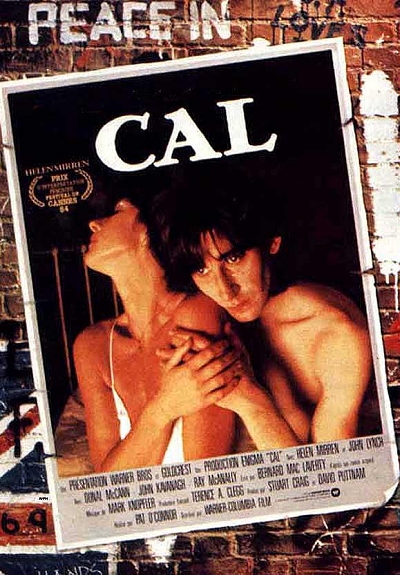 Cal (John Lynch) works in a slaughterhouse by day and participates in terrorist activities by night. He stops after he has been forced to drive a getaway car in the murder of the policeman. Meanwhile, he is slowly enchanted by Marcella (Helen Mirren), an older woman who has just started working at the local library. Cal manages to ease himself into a job on her land, and when his father's home is burned to the ground by Protestants, he moves into a cottage on the woman's estate. Eventually, the two start a quiet liaison - but Cal's inner turmoil disturbs the happiness he feels when he is with Marcella.
Cast: Helen Mirren (Marcella Morton), John Lynch (Cal), Donal McCann (Shamie), John Kavanagh (Skeffington), Ray McAnally (Cyril Dunlop), Stevan Rimkus (Crilly), Catherine Gibson (Mrs. Morton), Louis Rolston (Dermot Ryan), Tom Hickey (Preacher), Gerard Mannix Flynn (Arty), Seamus Forde (Mr. Morton), Edward Byrne (Skeffington Sr), J.J. Murphy (Man in Library), Audrey Johnson (Lucy), Brian Munn (Robert Morton) 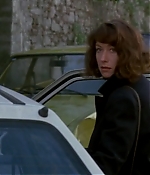 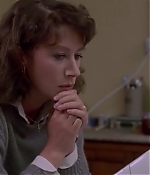 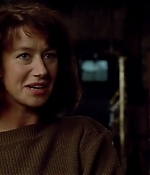 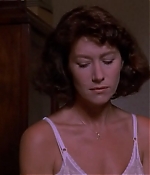 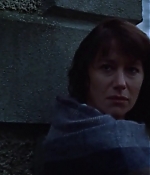 “Cal” is a love story of sorts, a bleak story of a young man whose future offers nothing. The present offers little beyond getting to know the new employee at the local library and his past meant violence and destruction. For Cal is an IRA activist, and therefore a wanted man. Trapped in his own problems, his life mirrors the problems of the leaguered province. It was a breakthrough for John Lynch – in his motion picture debut – and for Helen Mirren, who, after a string of rather sexy supporting roles in British films, scored her first “serious” leading role in a film. Director Pat O’Connor said of Mirren’s performance: “Helen has to remain very enigmatic. She’s a symbol of Cal’s fantasies, a rather inaccessible figure, so it needed an actress of great texture, quality and depth. I felt that Helen would be right because she is strong and interesting and has this marvellous intelligence. From being a vamp a few years ago she has turned into a very beautiful woman”.

She is a prisoner to bourgeois convention, as manifested by the church, family and marriage. All her life she has been unable to escape. I’m still fighting that kind of personal battle because those psychological restraints are always about you. For a start, I had to camouflage myself to play the part. I’m a natural blonde and, as Marcella is Italian, I had to become an unnatural brunette. I loved the change of personality that second to come about with my new hair coloring. I’ve worn dark wigs before, but that was such a different thing because I hate having to wear someone else’s dead hair. So I decided to dye my own hair to a darker shade for the part. When I left the hairdressrs’ boutique and walked down the street with natural dark hair growing out of my own head, I felt wonderful. For the first time I was liberated from the terrible responsibility of being blonde. I’ve always found that bears a rather unpleasant and slightly vulgar weight because being blonde has become such a cliche.

Janet Maslin wrote for The New York Times, “Miss Mirren, through a reserve that disappears layer by layer, makes Marcella a woman of unexpected substance and generosity, one who is no more comfortable with the pain and paradoxes of Northern Ireland than Cal is himself” and Time Out called it a “it’s a most impressive debut”. For Helen, it was the first grown-up role on film. Roger Ebert wrote in his review, “The love scenes in “Cal” are among the loveliest I’ve seen, because Helen Mirren, who plays Marcella, makes her such a sweet and tender woman, and John Lynch, who plays Cal, is so touchingly sincere. He knows a lot about toughness and a lot about cynicism, but very little about the way love can make you feel. If Cal and Marcella’s love story were the center of the movie, “Cal” would not, however, be very interesting. What the movie is really about is the way in which their love cannot be the center of their lives, because of the society they live in and the actions that they both have already taken.” For Mirren’s film career, it was a significant change. After the witches, the fairies and the gangster molls, Marcella was the first person she had portrayed on film that felt real and relateable to film audiences.

The first time I watched “Cal”, I was expecting a very special performance, a great scene, the pivotal Oscar clip we’re used these days when performances are praised. After all, Helen won Best Actress in Cannes for this performance. You won’t find any of that in “Cal”. Her Marcella is quite, sometimes mute, repressed almost during the entire run of the film. She’s a prisoner in her home that she used to live in with her husband, now she’s sharing it with his parents, who never approved of her. Cal is the one who brings something new into her life. It took me a second viewing to grow an understanding of that character, and of the wonderful understatement with which Helen portrays Marcella. It’s a performance you can watch multiple times to explore new layers. While it remains a small film, the actors are telling a big story – for their characters in their small, limited world. Very recommended.

Cal is being listed under the following tags: Drama, Romance, Year 1984
Back to previous page
Advertisment