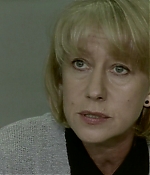 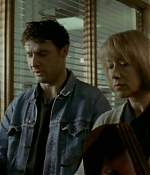 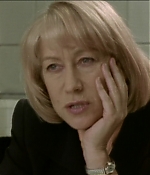 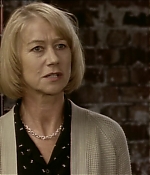 Her flawed humanity is what makes Det. Supt. Jane Tennison a fascinating hero, but the British policewoman may be all too human in her latest Masterpiece Theatre miniseries. Less than thrilled at being transferred from London to drab Manchester, Tennison repeatedly misreads situations, criminals and colleagues as she strives to nail “the Street”, a posturing young gang lord with a flair for sadism. Her errors include having sex with her married boss and prematurely releasing a youth who claims responsibility for a gang member’s murder, thus handing the Street an opportunity to have the kid abducted and gruesomely executed. We almost wonder whether Tennison should be reassigned to the police academy – as a student.

Upon its television premiere in the United States, People Magazine wrote, “By now, though, this cop has such a lock on our loyalty that we squirm when she loses face and pray she won’t lose heart. Unlike her character, Mirren’s performance is without fault. The suspense takes hold in part two, after Tennison realizes that the Street has a spy somewhere in the department. One complaint: The Street, with his wise-guy bon mots and snarling dogs, is something of a caricature. Mackintosh has a field day, but the role is just too juicy.” Variety wrote, “Mirrenâs take on Tennison remains an established figure whose vigorous, bright approach to situations gives her the ultimate mastery. Mirrenâs Tennison has a curious touch of melancholy amid all the brusqueness. The actress is onscreen nearly all of the time, and not once does Tennison become anything but an eye-catching dynamo who knows about life, disappointments and sour victories.”

For “Prime Suspect 5: Errors of Judgement” won the 1997 Primetime Emmy Award as Outstanding Miniseries, while Helen Mirren received yet another Emmy and BAFTA nomination as Best Actress.

After the three episode stint of “Prime Suspect”s fourth season, “Errors of Judgement” returns to its old form as a two-part miniseries. It also brings back what lacked in the previous series – enough time to develop a layered story and characters to care about. On the downside, this series felt very tv-ish (which cannot be criticized for a television project), but in comparison to the previous ones you feel how the cinematography has changed. While the first series featured a lot of background action, which worked perfectly to demonstrate the hectic schedule at a police station, “Errors of Judgement” consists of close ups, as close as they can get. But as I said, this is a technical aspect which doesn’t alter the suspense of “Prime Suspect”, it rather shows how the series has stayed on television over the years. The story is as good as Tennison’s new team, but once again it’s Mirren who shines above all with adding more layers to the complicated character which has become a tv icon by the time of this release. It would be the last in the 1990s and was often considered the last “Prime Suspect” until the series’ return for two more stints in 2003 and 2006. Very recommended.

Prime Suspect 5: Errors of Judgement is being listed under the following tags: Crime Series, Prime Suspect, Thriller, Year 1996
Back to previous page
Advertisment