Previous
Next
Directed by: Lee Daniels | Written by: Will Rokos 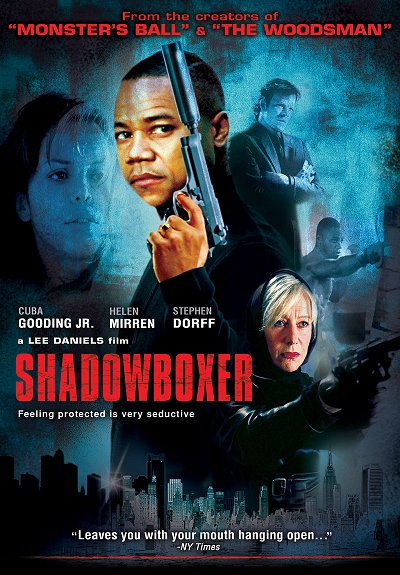 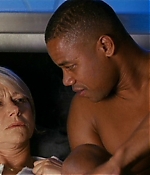 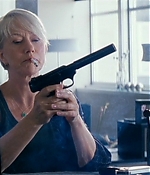 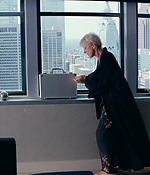 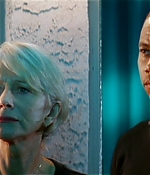 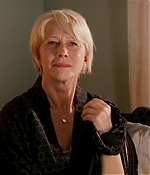 “Shadowboxer” is an emotionally-charged, full-throttle noir, which delves deep into the harsh underworld of organized crime and uncovers the complex lives of trained assassins, Mikey and Rose. But when a brutal crime boss wants his wife dead, Rose has a change of heart when they find her pregnant. And so, the three begin a harrowing life on the run. Driven by fierce love, Rose and Mikey protect their adopted family from present danger – looking to redeem their tragic past. “Shadowboxer” marks the directorial debut of Lee Daniels, producer of the Academy Award-winning “Monsterâs Ball” and the critically-acclaimed “The Woodsman”. In this taut thriller, Daniels continues to depict characters and stories from the darkest edges of life. Unafraid to tackle controversial social issues, Daniels carves out his own creative niche in independent cinema, marked by a commitment to multidimensional representations of African-Americans and the urban landscape.

The reviews for “Shadowboxer”, which premiered at the Toronto Film Festival in 2005, were universally negative. Globe and Mail called it “almost too bad/good to be true.” Richard Roper wrote about the film, “The one thing I’ll say about Shadowboxer is that it’s never boring. Of course, I could also say that about stepping on crushed glass.” And the Seattle Times wrote, “it has an insistently fussy and grandiose production design that mistakes lavish textures, brilliant colors and exotic backdrops for story atmosphere and style.” “Shadowboxer” received a limited theatrical run in the Summer of 2006.

âââââ
It’s difficult to describe “Shadowboxer” in just one word – but the one I’d come up with would be “overwhelming”. Impressive for a feature film debut, but overwhelming in its use of style. Sometimes, the film feels like a demo reel – look what I can do with a camera, and with colors, and with music. All these aspects can’t help but show that the actual storyline of the film is thin, and most scenes, if not interrupted by flashbacks or color changes, are slow-paced. While the cast is impressive, the film also have some ridiculous couplings. Mirren and Gooding jr. might be convincing as lovers to some point (but then again, not really), but Joseph Gordon Levitt and Mo’nique? Daniels has assembled a great cast and gives them all kooky parts. Hard to imagine, but “Shadowboxer” released only months before “The Queen”. To see Helen Mirren killing people, having an incestrous relation ship with her foster son and dying under quite bizarre circumstances stands in no comparison to her Oscar-winning role as Queen Elizabeth I. Take it as a testimonial that, as an actress, Mirren has never shied away from controversial roles. And in comparison to the last decade of her career, it doesn’t get any more controversial than this one. I can’t really recommend “Shadowboxer” as an entertaining film, but for an artsy excursion into the bizarre, be sure to have a look.

Shadowboxer is being listed under the following tags: Thriller, Year 2006
Back to previous page
Advertisment