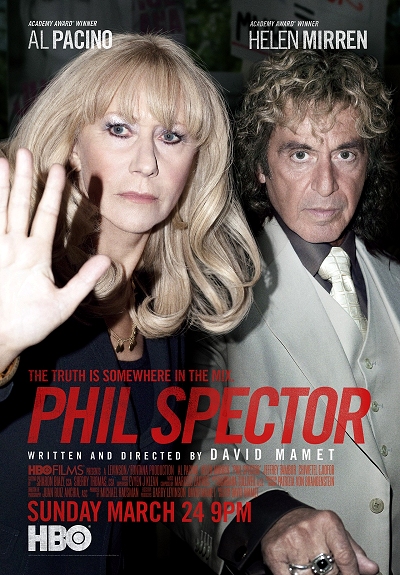 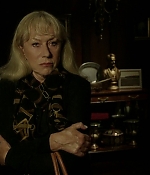 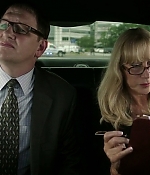 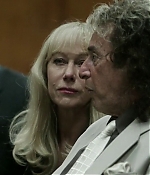 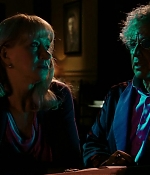 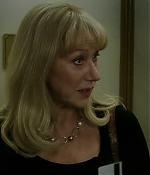 “This is a work of fiction,” reads a card at the beginning of the film, which was written and directed by David Mamet. “Itâs not based on a true story.” This, even though Phil Spector and Lana Clarkson are characters in the film, in which music-producer Spector is accused of the murder of Clarkson – one of the most notorious trials of the late 2000s. But Mametâs film focuses not on the trial itself, which is a matter of public record, but on the interaction between Spector and his attorney Linda Kenney Baden. Baden herself served as a consultant on the film, after Mamet sent her the screenplay. However, she could not tell Mamet or Mirren anything about conversations that are protected by attorney-client privilege, even though those conversations, as imagined or fictionalized by the script, make up much of the film. According to Mamet, HBO’s requirement for the film was not to malign the victimg. “And I said, Of course not. Itâs always a good idea if you can put the writer of the project in the same place as the protagonist. So the protagonist of the film is not Phil Spector, itâs actually Linda Kenney Baden. She shows up and says âIâll defend Phil Spector but I wonât indict the victim.â Her search for a way out of this dilemma that is consonant with her morality is the story of the film.” Mirren joined the cast at the last minute after original cast member Bette Midler suffered a back injury âand had to be carried off the set,â as Baden said at the film’s press conference.

I stepped into this role because Bette Midler, who would have been wonderful, unfortunately had to retire because of an injury. When the call came, I was away on holiday in Italy and having a lovely time. I had been thinking, âOh, Iâm just going to take two or three months off, Iâm not going to work for a while, I could do with a breakâ when the call came. But I couldnât resist working with such incredible luminaries of drama and literature. They wanted me to start in four days, but I asked for a week so I could study the script and so forth. They gave me a week and then I was up and running. (Helen Mirren, HBO Production Notes)

The film set off controversy before its broadcast. Mr. Spectorâs wife, Rachelle, complained about the filmâs depiction of her husband as âa foul-mouthed megalomaniac.â Edward Lozzi, a former publicist for Ms. Clarkson, took exception to the filmâs focus on the defenseâs argument that she killed herself. The film is a work of fiction, Mr. Mamet said in an HBO interview, spun from his fascination with Mr. Spectorâs character âand the mythological possibilities.â âThe focus on the tender and respectful bond between lawyer and client looks a lot like a revisionist re-enactment and maybe even absolution,â Alessandra Stanley wrote in The New York Times. âEveryone has a right to the best available defense, but not everyone deserves to be played by the best available actor.â Upon its television premiere, “Phil Spector” received mixed reviews. David Mamet was critized for taking sides and portraying Spector as an innocent man who could have walked free if there hadn’t been a second trial. The actors were praised, however. Owen Gleiberman wrote in Entertainment Weekly, that Helen Mirern “does the most convincing job Iâve seen of her portraying a no-nonsense American”.

I started watching “Phil Spector” with mixed feelings at first – knowing that no matter how one-sided or independent it may be – in the end it’s the sad story of an unnecessary death. I could relate to some critics who found the film half-sided – the first trial ended in a hung jury and Spector was comvicted to 19 years to life in the following year. Although the film mentions this in the closing credits, it doesn’t tell what ultimately resulted in his conviction – making it difficult to understand whatever happened to the evidence that Kenny Baden had collected for the first trial. But “Phil Spector” isn’t a courtroom drama, and that’s what I liked about the film. Instead of recreating courtroom scenes, it focuses on the behind-the-scenes work and relies heavily on Linda’s (fictional) preparation for the trial as well as her collaboration with Spector. It’s really Mirren’s movie and she does an outstanding job as the defense-lawyer who doesn’t believe in her client’s innocence. Pacino is equally magnificent, as is Jeffrey Tambor. The greatest scenes of “Phil Spector” mirror Mamet’s background in the theatre when Pacino, Mirren and Tambor get the chance to recite pages of dialogue – not interrupted by cuts or music – which feels like a rarity on television these days. For this, “Phil Spector” is exciting to watch.

Phil Spector is being listed under the following tags: Courtroom, Drama, Inspired by True Events, Real-Life Characters, Year 2013
Back to previous page
Advertisment