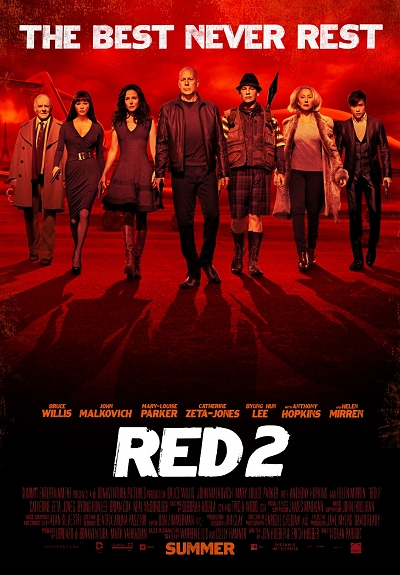 Retired CIA agent Frank Moses (Bruce Willis) enjoy his normal life. Out of the blue, Marvin Boggs (John Malkovich) contacts Frank and tells him that Wikileaks has released the information that they had participated and know the whereabouts of the Nightshade, a portable nuclear weapon that was smuggled to Russia. Now the top agents in the world are under contract to seek them out to discover where Nightshade is. Undercover in Russia and joined by Victoria (Helen Mirren), they learn that the brilliant inventor Dr. Bailey (Anthony Hopkins) might know where the weapon is.
Cast: Bruce Willis (Frank Moses), John Malkovich (Marvin Boggs), Mary-Louise Parker (Sarah), Helen Mirren (Victoria Winslow), Anthony Hopkins (Bailey), Byung-hun Lee (Han Cho Bai), Catherine Zeta-Jones (Katja), Neal McDonough (Jack Horton), David Thewlis (The Frog), Garrick Hagon (Davis), Tim Pigott-Smith (Director Philips), Brian Cox (Ivan) 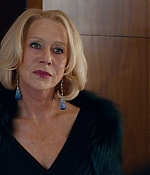 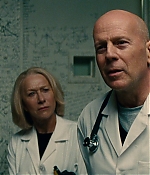 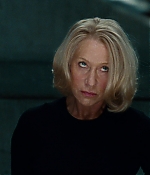 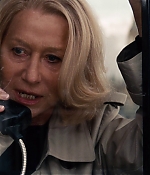 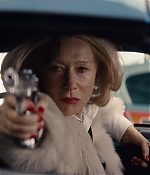 After the success of the first “R.E.D.” movie, a sequel felt inevitable. While Robert Schwentke did not return to the director’s chair, Dean Parisot helmed the second adventure. While the movie is filled with exotic locations and action galore, at its core it’s a relationship movie and the difficulty of lifer in the Black Ops game (Frank) and him wanting to do the right thing keep his girlfriend safe. She wants the opposite and finds an ally in Marvin. “Frank is ill-equipped to handle a basic relationship and Marvin is only too happy to dispense advice on how to make a relationship work, yet there’s a good chance Marvin knows nothing about the subject,” says Bruce Willis of his character. “The old adage ‘a stopped clock is right twice a day’ is applicable here because Marvin is most likely idiotic about relationships and any knowledge he thinks he has probably came from a self-help book because I can’t see Marvin in a relationship,” notes Malkovich.

The challenge in doing something like “Red” is having a sense of ease and relaxation. And that’s where the real work is in a movie like this. It’s not in the preparation. If it’s in the preparation, it’s prepping yourself to realize that you’ve got to be free. And it’s very difficult to be free on a film set. The whole setup is not free. It’s so technical and controlled. To get on that set and be free requires a great skill. Bruce has it to the max. I would always watch Bruce and take my lead from him. These are old professionals. They are retired, extremely dangerous people with a depth of knowledge and professionalism and world weariness that makes them very phlegmatic and down-to-earth. It’s lovely to play that. At the same time, they exude the resentfulness that one gets as one gets older and people are sidelining you and not paying sufficient respect to the amount of work you’ve done and the knowledge you have. It’s very annoying to be condescended to by younger people and that’s what these people are all about – proving themselves. (Helen Mirren)

Frank gets a more sophisticated and educated angle on relationships from Victoria who is well versed in mixing work and romance. “I think Victoria is in charge of Frank’s emotional life to a certain extent,” says Helen Mirren who reprises her role as Victoria. “Marvin may advise Frank, but Frank pays attention to Victoria who actually has had relationships in the context of her work. “She’s balanced in a strangely perverse way but understands that you could die at any time, so you have to commit and move forward,” notes Parisot. “The great thing about all these characters is that while they lead the most extraordinary lives they have very ordinary problems and are saddled with the same inefficient inadequacies that the rest of us have,” says Mirren. With Morgan Freeman’s character dying in the first movie, the creative team had a challenge of more than just setting scenes in London and Paris; they needed firepower within the story and the cast to fill it. “We have powerhouse actors with Bruce, Mary-Louise, Malkovich, Helen and Brian Cox from the first movie, so we have to cast actors who can hold the screen with these folks and also create roles that challenge everyone as actors,” says producer Mark Vahradian. Without tripping the gag on Anthony Hopkins’ character of Edward Bailey, Hopkins reached back into British history to create an armature for his character. “Tony was sending me emails a couple months before production trying to create this character and it was detailed as to what shoes Bailey would wear,” recalls Parisot. “He reads the script over and over and slowly evolves a character that is so much more than what was written.”

Upon its theatrical release in July 2013, “Red 2” received mixed reviews. Variety called the film “an obligatory sequel that can’t quite recapture the sly, laid-back pleasures of its cheerfully ridiculous predecessor.” The Wrap said, “in a lackadaisical sequel no one asked for except perhaps his creditors, Bruce Willis seems unmotivated to smile at all, much less offer a series of emotions that constitute a believable or compelling performance.” The Hollywood Reporter said, “Not that it isnât entertaining, but the film’s premise is certainly well past its ‘use by’ date, resulting in another passably palatable sequel distinguished by a lack of narrative and stylistic coherence that could potentially underpin a really viable franchise.” The Los Angeles Times wrote, “No doubt the hope was that Dean Parisot could do to the action genre what he did to the Star Trek universe in the spot-on satire of 1999’s Galaxy Quest. He has, and he hasn’t. Red 2 is much more of a mixed bag than it should have been.” And The New York Times wrote, “Cars careen, lazily written infiltration plans are executed, and the violence is plentiful and toothless.”

âââââ
I’ve had high expectations in the sequel of “R.E.D.” after liking the first installment so much. I should have been warned because it’s such a rarity that sequels are equally good or better than the first ones. So I’ve lowered my expectations – it doesn’t matter if its not as fresh and funny as the first time, as long as it’s good. But unfortunately, I was more disappointed than I would have imagined. “R.E.D. 2” is a mess. The film’s heart has completely vanished and made space for a stuffing of different plots, different locations, shootings and car chases and lots of innocent deaths. The first film was not so much about the action (although there was plenty) but about ageing and a renewed bond of friendship. The actors are now limited to what seemingly worked best in the first place. John Malkovich, who created such an iconic character with Marvin, spends the movie grimacing, while Bruce Willis’ character just looks bored. Helen Mirren’s Victoria has become a fashionista killer and Mary-Louise Paker’s character is unbearably annoying. They have all carricatures of what they’ve built in the first place. My second biggest dislike of the sequel is its unnecessary violence and body count. Sure, this is an action movie, but there was no need to randomly kill bystanders in the first one, so why here. Therefore, “R.E.D. 2” is unfortunately one of those films that kill the original spirit which made it liked by so many. If you’ve liked the first one as much as I did, it won’t hurt to skip the sequel.

R.E.D. 2 is being listed under the following tags: Comedy, Comics Adaptation, Sequel, Thriller, Year 2013
Back to previous page
Advertisment