Previous
Next
Directed by: John Sichel | Written by: Brian Clemens 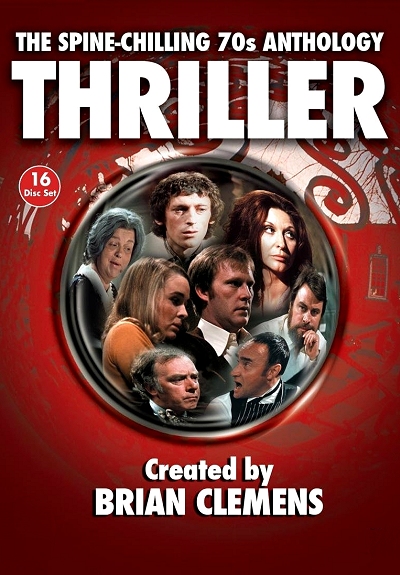 Two wealthy middle-aged brides have died under mysterious circumstances: they drowned in bathtubs leaving their fortunes to new husbands. Solicitor Oliver Mason (Michael Gwynn) believes that these women were murdered and they were married to the same man. Upon investigation he finds his suspicions are true. Mason follows the lady-killer (Michael Jayston) as he moves on to a health spa in search of new prey. There, he meets a beautiful young woman (Helen Mirren) who steals his heart. He also happens upon a potential new victim: loud, vulgar and "stinkin' rich" Angela Ludlow. For once he would like to follow his heart but he cannot resist this one final score...
Cast: Michael Jayston (Mark Walker), Helen Mirren (Stella McKenzie / Angela Ludlow), Michael Gwynn (Oliver Mason), Richard Coleman (Weston), Margaret Courtenay (Claire), Josephine Tewson (Yvonne), Arthur English (Freddy), Tony Steedman (Detective Quilly), Marcia Fox (Connie), Hugh Morton (Judge), Richard Hampton (Sergeant Miles) 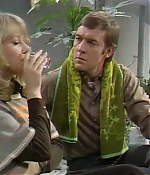 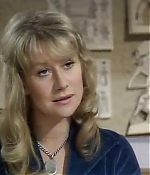 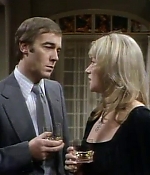 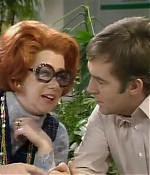 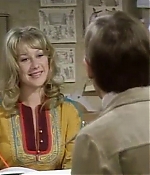 “Thriller” was created by Brian Clemens running from 1973 to 1976. It is an anthology series – each episode has a self-contained story and its own cast. As the title suggests, each story is a thriller of some variety, from tales of the supernatural to down-to-earth whodunits. The idea evolved from Clemens’ previous work, in particular two films of a similar style, “And Soon the Darkness” and “Blind Terror”. The stories are often set in the English home counties “stockbroker belt”, but most episodes, especially from the second season onwards, feature at least one American character, usually portrayed by an American guest star, in order to appeal to the American market. Helen Mirren played a dual role in the second season’s first episode “A Coffin for the Bride”. While the episode focused on Michael Jayston as a lady-killer in the truest meaning of the word, it was Helen who surprised in a double role, a young romantic painter and an obnoxious loud old broad. “A Coffin for the Bride” was one of the few “Thriller” episodes to be released on video cassette in the United Kingdom (the series has been made available on DVD since then) and creator Clemens has mentioned this episode to be his favorite.

Who would think that a 40 year-old TV episode is still giving you chills. “A Coffin for the Bride” certainly does. If you look beyond some certain aspects (like Michael Jayston’s terrible fake beard in the beginning), the story is skilful and wonderfully acted. As it’s impossible to review this spoiler-free, Jayston plays a murderer who has killed his two wifes to get their fortune. While residing in a spa he meets a beautiful young girl and wants to leave his criminal activities behind. But then he meets the an older divorced woman and wants to repeat his previous crime just one last time. Helen Mirren plays both woman – she’s in disguise because her sister was one of Mark’s previous victims, and the only way to get him is to trick him. It’s amazing how Helen pulls off the character of Angie. If you didn’t know it was her (and it’s hard to watch it today not knowing it’s her) you wouldn’t recognize her at all. “A Coffin for the Bride” is a wonderful early testament to Helen’s acting talents. Very recommended.

Thriller: A Coffin for the Bride is being listed under the following tags: Anthology Series, Guest Appearance, Mystery, Thriller, Year 1974
Back to previous page
Advertisment