Previous
Next
Directed by: Michael Apted | Literature: Harold Pinter
"The Collection" takes as its departure point the moment when four elegant lives are suddenly shaken by the suggestion of infidelity. Malcolm McDowell plays Bill, a designer of women's fashions, who lives with a rich benefactor, Harry (Laurence Olivier). One day, James (Alan Bates) begins calling and coming around the house, convinced that Bill has had a secret rendezvous with his wife, Stella (Helen Mirren). Bill denies having ever met her at first, but it's really only the beginning of a war of words that will be conducted between all four players. Roles reverse, positions switch, and the truth disintegrates under the various stories each participant tells. In the end, no one knows what really happened, and no one is quite sure how far they might have gone to find out the truth and rub it in the face of their mate.
Cast: Laurence Olivier (Harry), Alan Bates (James Horne), Malcolm McDowell (Bill), Helen Mirren (Stella Horne) 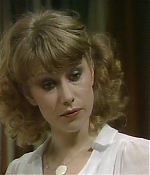 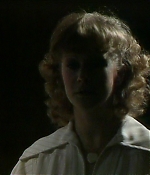 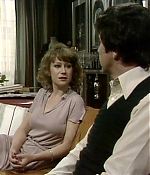 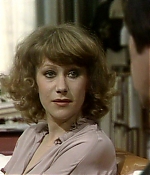 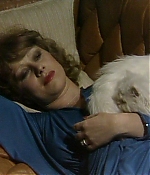 Hailed by Laurence Olivier as on of the outstanding plays of the 20th Century, Harold Pinter’s “The Collection” is a raw, menacing drama that entangles two couples: Harry and Bill, James and Stella, in a bitter and violent emotional game. Each has a movite for hiding and perverting the truth about a seduction that may or may not have taken place at a fashion show in Leeds. Each is a pawn, yet at the same time a cunning manipulator in a power struggle marked by jealousy, pent-up rage, and paranoia. While the reality of the event becomes increasingly blurred, its relevance is diminished as the reality of each charachter’s obsessed motives is revealed. The corrupt undersides of love: cruelty and self-loathing, are laid bare by Harold Pinter’s relentless psychological scalpel and brought to electrifying life by four of Britain’s finest stage and screen actors.

What can go wrong if you have Laurence Olivier, Malcolm McDowell, Alan Bates and Helen Mirren for an adaptation of a Harold Pinter play? I cannot say, but I found this adaptation of “The Collection” very boring. Maybe it’s a lack of interest for the story or how the characters intertwine with each other. I didn’t care much what happened here, which is a shame when you have Britain’s best in front of one camera. While none of the charaters were interesting to me, Mirren’s character was the least interesting of the bunch, with not much to do except for a breakdown scene with Bates and a smooth scene at the end with Olivier. To say something positive anyway, Mirren looks at her most beautiful here, if that’s something to mention in a review.

The Collection is being listed under the following tags: Adapted from a Play, Drama, Harold Pinter, Year 1976
Back to previous page
Advertisment