Previous
Next
Directed by: John Gorrie | Written by: Ken Taylor | Literature: Terence Rattigan
When the ailing husband of an adulterous wife (Helen Mirren) is discovered bludgeoned to death and suspicions fall on the older woman's young lover (David Morrissey), the newly widowed woman claims that it was she who was solely responsible for the death despite evidence that points to the contrary in this dramatic account of true-life 1935 trial that shocked all of England. Though notable evidence and strong suspicion suggests that the murder may have been of crime of passion perpetrated by the jealous lover only half her age, Alma Rattenbury (Helen Mirren) confesses to the murder of her husband and is soon brought to trial. Despite the fact that Alma is already being deemed guilty by the general public for her adulterous indiscretion alone, her lawyer, star attorney T.J. O'Connor (David Suchet), remains convinced that his client will eventually be cleared of all charges.
Cast: Helen Mirren (Alma Rattenbury), David Morrissey (George Bowman), David Suchet (T.J. O'Connor), Harry Andrews (Francis Rattenbury), Norma West (Irene Riggs), Oliver Ford Davies (J.D. Casswell), Neil Jeffery (Christopher), Edmund Pegge (Constable Bagwell), Gillian Martell (Joan Webster), Clive Swift (P.P. Croom Johnson), Geoffrey Bayldon (Judge Humphreys) 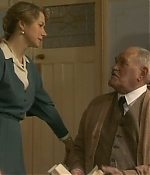 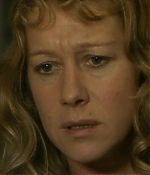 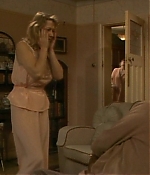 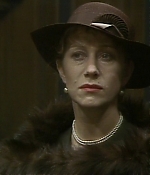 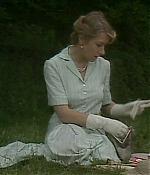 “Cause Celebre” is based on the life and murder of Francis Rattenbury, a British architect, and his much younger wife, Alma, whom he married in 1925. After the couple moved to Bournemouth, and their marriage apparently started to crumble, Alma began an affair with George Percy Stoner, their 18 year old chauffeur. Stoner had been recruited through an advertisement in the Bournemouth Daily Echo, and had been living a sheltered, largely friendless life with his parents before moving into the Rattenburys’ home, the ‘Villa Madeira’, in Manor Road.

In the early hours of 23 March 1935, Rattenbury was discovered in his sitting room with severe head injuries. He had sustained a series of blows with a carpenter’s mallet, the blows savage enough to remove the back of his skull; he died four days later. His wife confessed, but Stoner admitted to the housekeeper that it was actually he who had carried out the deed. Alma Rattenbury and Stoner were both charged, although Alma was to retract her confession after her elder son Christopher visited her in prison. Stoner was convicted and sentenced to death, later commuted to life imprisonment following the submission to the Home Secretary of a petition signed by over 300,000 people who felt that the young man had been manipulated into committing murder by the older woman. Alma was acquitted of murder and of being an accessory after the fact but committed suicide a few days later on 4 June 1935, stabbing herself six times in the breast with a dagger before throwing herself into the River Stour, Dorset at Christchurch. Stoner served only seven years of his sentence, being released early in order to join the army and fight in the Second World War.

The story was made into a radio play by Terence Rattigan in 1975, on which this television play is based on.

While the story is interesting and the case is still being treated a notorious British crime, this television adaptation lacks a great deal of pace to keep you interested. This is probably due to a lack of budget as well, which can be said about most of Miss Mirren’s 1970’s and 1980’s tv productions. What stands out once again is the performances. Helen Mirren is fine as always in a central role that gives her plenty opportunities to show different sides of Alma. David Morrissey is equally good as her lover, while Harry Andrews and David Suchet have supporting roles. Eventually, the acting makes up for the pace. Recommended.

Cause Celebre is being listed under the following tags: Adapted from a Play, Courtroom, Drama, Inspired by True Events, Real-Life Characters, Terence Rattigan, Year 1987
Back to previous page
Advertisment