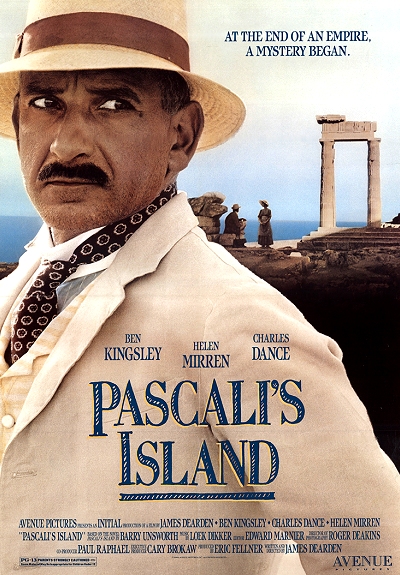 After centuries of unchecked power, the Ottoman empire is rapidly crumbling in 1908. As a result, Turkey's secret agents operate in a vacuum, their superiors knowing little and caring less about their activities. One such spy is Basil Pascali (Ben Kingsley), a minor bureaucrat of no ambition. When ordered to help disreputable English citizens Anthony Bowles (Charles Dance) and Lydia Neuman (Helen Mirren) in the theft of a precious Greek artifact, Pascali goes along without question. He is even prepared to follow orders and double-cross Bowles the moment the robbery is pulled off. But Pascali becomes less and less of a by-the-book government functionary and more and more of an enigma - to Bowles, to Lydia, to his country and to himself.
Cast: Ben Kingsley (Basil Pascali), Charles Dance (Anthony Bowles), Kevork Malikyan (Mardosian), George Murcell (Herr Gesing), Helen Mirren (Lydia Neuman), Nadim Sawalha (Pasha), Stefan Gryff (Izzet Effendi), Vernon Dobtcheff (Pariente), Sheila Allen (Mrs. Marchant), T.P. McKenna (Dr. Hogan), Danielle Allen (Mrs. Hogan), Nick Burnell (Chaudan), Giorgos Oikonomou (Greek Rebel), Alistair Campbell (Captain) 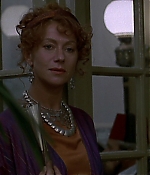 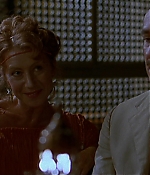 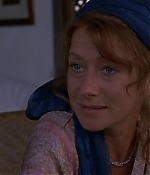 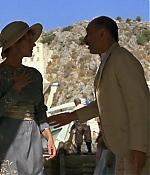 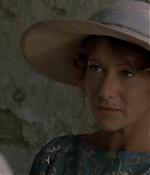 Shot largely on the Greek island of Symi in the late summer of 1987, “Pascali’s Island” is based on Barry Unsworth’s book by the same name. Set in the Ottoman Empire of 1908, on an Aegean Island at the dawn of a Greek rebellion, a spy for the Sultan sends reports to Istanbul that nobody reads. His suspicions are aroused when a British archeologist appears, who may not be quite what he seems, and the same goes for the other people who come to the island. The film captures a bittersweet loneliness in the life of an exile that exerts a romantic appeal to many people. They see themselves as a mysterious figure on a Mediterranean island, seen by all, known to few, living a life of intense privacy in full view. The problem with such a life is that it cannot sustain trust; the very essence of exile is the belief that one can only really count on oneself. Ben Kingsley stars as Pascali, Charles Dance plays the shady archeologist, who needs a translator for his work and hires Pascali. Both men are attracted to another foreigner on the island, Lydia Neuman, who serves as a hidden fantasy for Pascali and as a blossoming affair for Dance’s character. Mirren, who plays Neuman, craved for a romantic character.

I’ve just come out of playing a couple of very strong, highly intelligent, career-orientated women, and Lydia is a Viennese Aristocrat dropout, a bohemian artist, living in Greece and painting bad pictures. I thought she was such a lovely, slightly absurd romantic character. That was what attracted me to Lydia.

Written and directed by James Dearden – hot property in 1988 for his scripting of “Fatal Attraction” – Pascali’s Island premiered at the 1988 Cannes Film Festival where it was nominated for the Golden Palm. The film released theaters in late 1988, to favorable reviews, especially for its cast. Roger Ebert wrote, that “Kingsleyâs performance is at the heart of everything, and he is a master at suggesting the passionate need and sadness that lurks just beneath a controlled, even cold, surface. Dance, recently seen in âWhite Mischiefâ and âPlenty,â is cold, too, but with the easy surface charm of an Englishman who has spent most of his life trying to appear richer and more confident than he is. Mirren plays a solitary woman painter at a time when such figures were rarely seen in the world, a woman who protects herself by seeming distracted, even slightly, charmingly, crazy. The conclusion of this movie, I suppose, is that all of these people get what they deserve, but that after all it is rather a shame.” The film’s box office was less favorable, grossing a mere million during its US theatrical run.

“Pascali’s Island”, although slow at times, has plenty to offer. Three great actors in the form of Ben Kingsley, Helen Mirren and Charles Dance, as well as the beautiful Greek landscape. After appearing together in a dozen plays with the Royal Shakespeare Company, this is actually the first and only time that Kingsley and Mirren appeared together in a film. Their respect and collegiality shines through in their scenes and they make a great on-screen duo. Unfortunately, apart from the aforementioned beautiful landscapes, that’s pretty much it because I didn’t think the story was any interesting. It’s one of those films that flows along and ends without staying in mind for long. It’s good on the eye and recommended for a rainy afternoon.

Pascali’s Island is being listed under the following tags: Adventure, Drama, Year 1988
Back to previous page
Advertisment