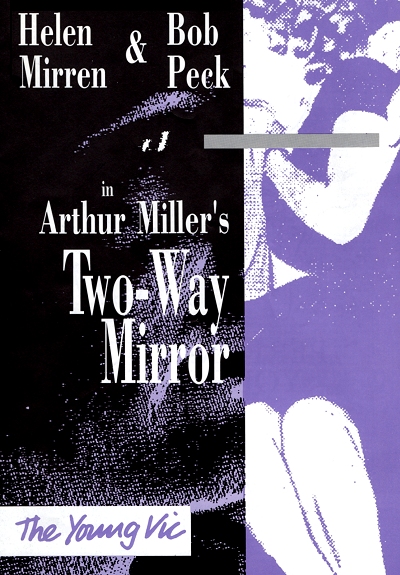 "Two-Way Mirror" is a double-bill of two short plays by Arthur Miller. In the first play, "Some Kind of Love Story", a detective (Bob Peck) quetions a woman (Helen Mirren) who may hold the key to a five year old murder. She has called him to her, as she has in the past. In the second play, "Elegy for a Lady", a man is revealed (Peck), motionless, as yet a character without substance or meaning. Then he begins to act, entering what seems to be a boutique where it transpires he has come to seek a gift for a dying woman (Mirren).
Cast: Bob Peck (Tom OâToole, Man), Helen Mirren (Angela, Proprietress) 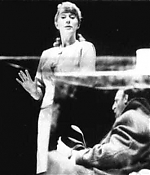 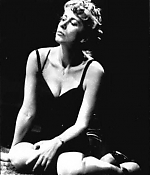 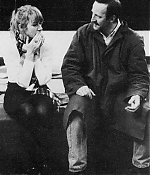 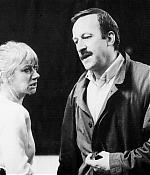 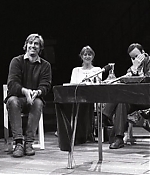 A multi faceted mirror where two short plays, “Elegy for a Lady” at one end and “Some Kind of Love Story” at the other, are bridged by an interval and a common theme, which is a journey through the masks of illusion to an ultimate reality. In “Two-Way Mirror”, Bob Peck and Helen Mirren had taken some time to find their way. Peck commented: “We found it incredibly difficult to assimilate the lines. A couple of days before the show opened we were still breaking down at very short intervals in both plays”. Miller took them through it, explaining that he had written “Elegy for a Lady” in two and a half days and never altered a word. It had, he said, come straight out of his subconscious. Nonetheless as Peck admitted, “even when we were playing, for the first fortnight we had trouble with Elegy of a Lady and had to cover for each other at least once in each performance. What was good about the production was that we seemed to learn more as we went on so that at the end of six weeks we hadn’t exhausted the plays at all”.

In playing “Some Kind of Love Story”, in which Angela switches personalities, Peck said, “We couldn’t help thinking of someone like Marilyn Monroe. How do you shunt from one self to another without damaging yourself psychologically? I think Helen Mirren had something of this duality. Her public image is of someone sexually provocative. At the same time she has a classical background”. In fact, Miller had been aware of a case in which a woman did have multiple personalities, but in Marilyn he had watched a fragile woman whose role-playing hardly stopped when she was off screen.

While the play’s original run in Connecticut was met with negative reviews, the British premiere received better notes. Although some critics remained confused by the play, feeling it too sketchy and introspective, Michael Billington praised it “economy of language”, while David Nathan enthusiastically likened it to “a Pinter conversation piece.” Dan Jones saw it as “haunting and poetic” while praising both the acting and direction.” The play also left an impression on actor Joseph Fiennes, who told The Guardian in 2006, “I used to usher at the Young Vic. I remember there was this one woman who hadn’t sat down. I asked her to take her seat and she said: “I’m in the bloody play.” It was Helen Mirren.

Two Way Mirror is being listed under the following tags: Arthur Miller, The Young Vic, Year 1989
Back to previous page
Advertisment