Previous
Next
Directed by: David Hayman | Written by: Peter Ransley, based on his novel 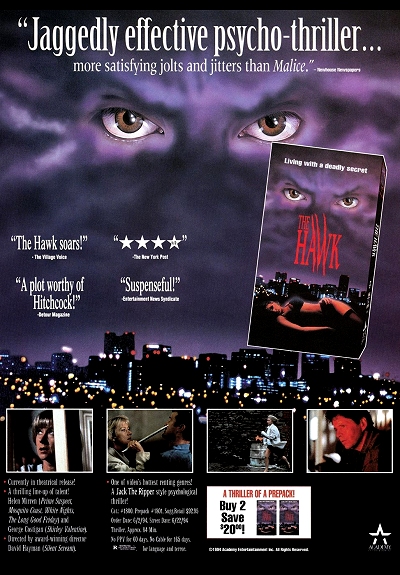 Yorkshire housewife Annie Marsh (Helen Mirren) suspects her husband Stephen (George Costigan) to be a serial killer. She is holding onto her marriage, her family and her sanity â but only by her fingertips. And with a terrible suspicion growing in her mind, Annie is beginning to lose her grip. Complicating matters is the fact that she once was incarcerated in a psychiatric hospital. When she discovers she does not have the happy marriage she always believed and begins to piece together the times and dates of her husband's frequent absences, her fears begin to take hold, and her sanity deteriorates.
Cast: Helen Mirren (Annie Marsh), George Costigan (Stephen Marsh), Rosemary Leach (Mrs.Marsh), Owen Teale (Ken Marsh), Margery Mason (Greengrocer), Caroline Paterson (Jan), John Duttine (John), Clive Russell (Chief Inspector Daybury), Nadim Sawalha (Bahnu), Helen Ryan (Mrs.Crowther), Sidney Cole (Weighbridge Operator) 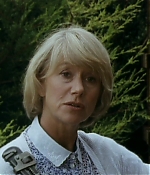 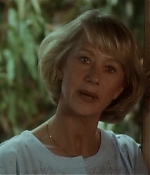 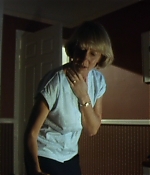 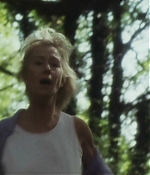 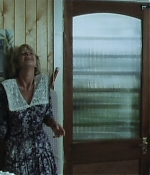 Peter Ransley, a celebrated tv auhtor, published his first novel “The Hawk” in 1989. When the BBC showed interest in bringing it to television, Ransley was on hand to write the script as well. The story of “The Hawk” – a serial killer leaving the Yorkshire region in fear, shares resemblance to another real life British murderer, the Yorkshire killer. The center of Ransley’s story is Annie Marsh – plain, nervous but bright – who starts suspecting her husband to be the killer. She can’t help noticing that Stephen’s out of town on business every time the Hawk strikes – and that his hammer, weapon of the Hawk, is missing. Stephen picks up on her fear and bluntly denies any wrongdoing. Annie’s fear, since muted, grows again when Stephen takes her to his favorite pub and she sees the low-lifes – prostitutes, drunkards – that he boisterously hangs out with. Losing all trust in him, she goes to the police; but they, after learning of her history of mental illness, dismiss her fears. Director David Hayman cast Helen Mirren in the lead, with whom the actor-director starred in the 1986 comedy “Heavenly Pursuits”.

Filmed in 1992, “The Hawk” took great benefit from Mirren’s revived success with the “Prime Suspect” series. As the show won raves in the United States as well, BBC Films decided to release “The Hawk” theatrically both in the UK and abroad. Critics on both sides of the atlantic gave the thriller positive reviews. The Los Angles Times called it a “a gratifying psychological thriller with a glorious Mirren. Ransley’s adaptation of his novel not only keeps you guessing – every time you think the plot’s telegraphing itself you’re left confounded – but also enables director David Hayman to come through with a film that’s exceptionally fluid and visual for a British production”. Variety was less convinced, writing that “David Haymanâs direction has its cinematic moments, but they seem more spliced into a suburban drama than part of a bigger movie. Mirren does what she can with Peter Ransleyâs poor script”. “The Hawk” had its world-premiere at the Toronto Film Festival in September 1993 before the UK and US theatrical releases in December 1993.

The story of “The Hawk” seems familiar by just reading its synopsis. Haven’t there been plenty of these stories on television before? The first half hour doesn’t bring anything new as well. But as the story unfolds, the suspense increases as well. This has to do with Mirren’s performance above all. It’s a nice change to show the housewife role as a flawed character – Annie has been incarcerated in a psychiatric hospital years before, which is not discussed by her family but feels very present whenever Annie tries to give her best at being the trophy wife to her husband and his disparaging mother. So for a long time in the film, the audience is just as uncertain as Annie herself if there’s a reason for her worries or if she’s just making it up and sliding back into insanity. The film has its lenghts and looks very television-like at times. But whenever you think you have figured it out, there’s a twist that keeps you surprised. In the end, it rises only slightly above an average thriller, but I enjoyed watching it nevertheless. With a wonderfully layered performance by Mirren, “The Hawk” is recommended.

The Hawk is being listed under the following tags: Literary Adaptation, Thriller, Year 1993
Back to previous page
Advertisment