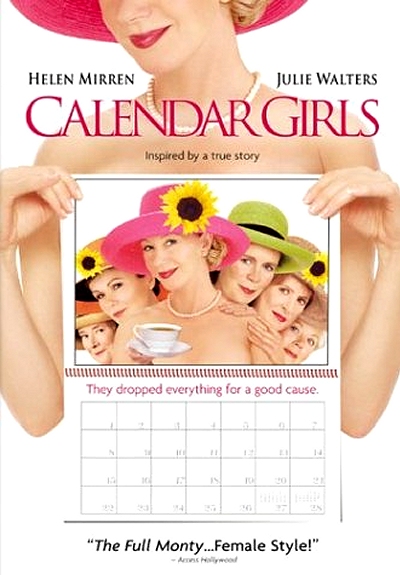 Chris (Helen Mirren) and Annie (Julie Walters) are the best of friends, very different, but very close. Living in a small village in the Yorkshire Dales, their peaceful lives are shattered when Annieâs husband dies of leukaemia. An active member of the local Womenâs Institute, Chris enlists the support of her fellow members in a fund-raising initiative for the local hospital. Her seemingly traditional idea is to produce a calendar, with a different woman photographed for each month. Each one will be engaged in a classic WI task - but her idea has a radical twist - the women will be in the nude.
Cast: Helen Mirren (Chris), Julie Walters (Annie), John Alderton (John), Linda Bassett (Cora), Annette Crosbie (Jessie), Philip Glenister (Lawrence), CiarÃ¡n Hinds (Rod), Celia Imrie (Celia), Geraldine James (Marie), Penelope Wilton (Ruth), George Costigan (Eddie), Graham Crowden (Richard), John Fortune (Frank), Georgie Glen (Kathy), Angela Curran (May) 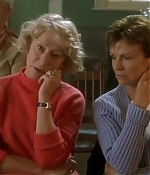 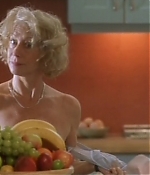 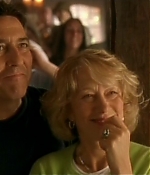 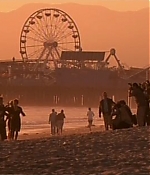 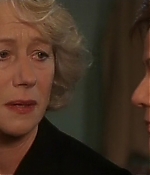 The fundraising phenomenon of the Calendar Girls was inspired by the death of one of the WI Women’s club’s members, Angela Baker, whose husband died from non-Hodgkin’s lymphoma at the age of 54 in 1998. During his illness Angela’s friends began to raise money, initially with the aim of purchasing a sofa for the visitors’ lounge in the hospital where John was treated. Nothing could have prepared them for the way their original calendar took off. To date they have raised over Â£3 million for Leukaemia & Lymphoma Research, the UK’s leading blood cancer charity. The photos for the 2000 Alternative WI Calendar, as it was named, were taken by Terry Logan, a former professional photographer who was married to one of the models. It was released on April 12, 1999 and became a runaway success, selling out in the first week. 10,000 additional copies were printed, all of which were sold within three weeks. Nine months after its launch, the calendar had sold 88,000 copies. Ten years on, the Calendar Girls launched a 2010 Calendar with a new set of full colour images and the aim of raising Â£2 million for Leukaemia & Lymphoma Research.

The true story, one “that only the Brits could come up with”, was destined to become a film, especially after the recent international hit that was “Saving Grace”, directed by Nigel Cole, who went on to helm the film version of “Calendar Girls”. Helen Mirren, who was offered the lead role, was hesitant at first, dismissing it as another “middling British picture with a middle-of-the-road, middle-class, middle-aged” – themed background.” Upon the casting of Julie Walters, Mirren changed her mind. Her character has been modelled after real-life “calendar girl” Tricia Stewart. Mirren has described Chris as a “dash in” character who shared similarities with Stewart but was actually not based on her real persona. Julie Walters was director Cole’s first choice to play the “more quiet and sensitive” role of Annie. Known for her comedic roles, Walters initially thought Cole had accidentally offered her the wrong part, and although pleased to have been cast against stereotype, she considered the role “a difficult path to trap” while striking a balance between Annie’s grief and humorous moments. As a result, she was heavily involved in the modification of several scenes. They were joined by Linda Bassett as Cora, Annette Crosbie as Jessie, Celia Imrie as Celia and Penelope Wilton as Ruth. Mirren’s husband was played by CiarÃ¡n Hinds, who played a pivotal role in the third “Prime Suspect” series.

Critics were embracing “Calendar Girls” upon its theatrical release. In his review in the New York Times, Elvis Mitchell called “minty-cool” Helen Mirren and “deft” Julie Walters “a graceful pair of troupers” and “a sunny, amusing team” and described the film as “yet another professionally acted and staged wry-crisp comedy about British modesty… that gets its laughs, but seems increasingly out of date… When the biggest compliment you can pay a picture is that it is professional and not smug, there’s a little something missing, like invention.” Roger Ebert of the Chicago Sun-Times said, “It’s the kind of sweet, good-humored comedy that used to star Margaret Rutherford, although Helen Mirren and Julie Walters, its daring top-liners, would have curled Dame Margaret’s eyebrows… That the movie works, and it does, is mostly because of the charm of Mirren and Walters, who show their characters having so much fun that it becomes infectious.”

Helen Mirren received a Golden Globe nomination in 2004 for Best Actress in a Motion Picture Musical or Comedy as well as an European Film Award Best Actress nomination. The film itself won the British Comedy Award for Best Comedy Film and received an Empire Award nomination for Best British Film. “Calendar Girls” also remains one of Helen Mirren’s most successful film at the box office, earning $96 million on its $10 budget.

The flowers of Yorkshire are like the women of Yorkshire. Every stage of their growth has its own beauty, but the last phase is always the most glorious. Then very quickly they all go to seed. “Calendar Girls” fits in nicely with other successful British comedies of its time, using its unique story for a sweet dramedy that doesn’t rely too heavily on punchlines but effectively on its cast. There’s not a weak link in this women’s club. Helen Mirren and Julie Walters lead a group of playful actors who can shift between the comedic and the more dramatic sides of their characters. The first half is conventional – you get what you expect – which is entertaining to watch. The film only loses its pace in the last third when the Calendar Girls hit Hollywood. That might be part of the true story, but it doesn’t feel necessary for the film. Still, the film succeeds and features one of Helen’s essential performances among her work in film.

Calendar Girls is being listed under the following tags: Comedy, Drama, Inspired by True Events, Real-Life Characters, Year 2003
Back to previous page
Advertisment