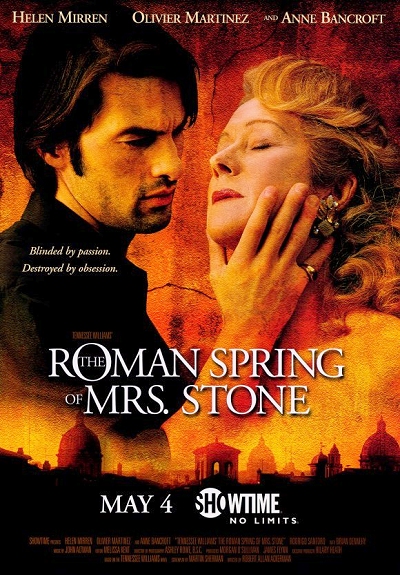 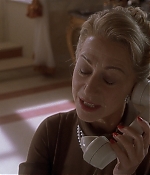 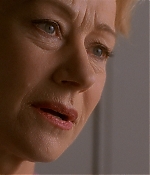 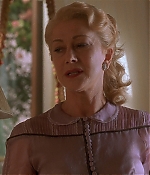 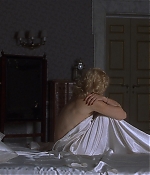 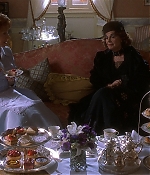 Tennessee Williams was only 39 when he wrote “The Roman Spring of Mrs. Stone”, after “A Streetcar Named Desire” and before “Cat on a Hot Tin Roof”, and he was seriously preoccupied with thoughts about aging. The novella is just as much about beauty and its power, but then that’s what age takes away. Although this is one of Williams’s lesser-known works, it does include one line that has achieved some small immortality among romantic fatalists. When Paolo tells Mrs. Stone that women like her often end up found in bed with their throats cut and that he wouldn’t be surprised if that happened to her three or four years down the road, she shrugs and says: “Three or four years is all the time I need. After that, a cut throat would probably be a convenience.” Williams’ story was made into a film in 1961, starring Vivian Leigh. With the success of “Prime Suspect” and her award-winning performances in the tv films “Losing Chase” and “The Passion of Ayn Rand”, Helen Mirren was now able to helm an American television production by her own name. “Helen was 100 percent what lured us into making this,” said Jerry Offsay, Showtime’s programming president. Filmed on location in Dublin and Rome, Mirren described the original film “unsexy, sort of dull and drab. It wasn’t like remaking some great movie. We never felt that. It was just, ‘let’s do this right'”

He was one of the truly great writers and a poet of extraordinary sensibility for the unseen things of life, so it wasn’t just a dry-sexual-mores-of-the-50s kind of thing. Tenessee was really writing about himself – about addition and desire and the nature of love and the nature of aging, the nature of art and success and beauty. It’s all there. (Helen Mirren on Tennessee Williams)

The critical response to “The Roman Spring of Mrs. Stone”s premiere on Showtime was mixed due to the numerous graphic sex scenes (for which Showtime was criticized anyway). The New York Times wrote “Ms. Mirren gives a strong, touching performance, but she may be miscast. No matter how attractive she is now or how dazzling she may have been at 25, Ms. Mirren has the face of a woman whose intelligence has always been an integral aspect of her beauty, who has never had to rely solely on her looks. She would be hard put to achieve the look of self-satisfied vacancy that Leigh, who had been both Scarlett O’Hara and Blanche DuBois, did so well.” Awards circles thought otherwise, giving the film five Primetime Emmy Award nominations, including for Helen Mirren as Best Actress, who also scored nominations for the Screen Actors Guild Award and the Golden Globe, which also nominated the film as Best Mini-Series or Motion Picture Made for Television of 2003. “The Roman Spring of Mrs. Stone” also marks the last film appearance of Anne Bancroft, who received Emmy and SAG nominations for her performance as The Contessa.

I wasn’t too interested in “The Roman Spring of Mrs. Stone” upon seeing it because melodrama is not among my preferred genres. But was I wrong about this one. As Mrs. Stone, Helen plays a character who’s intelligent enough to know she’s being used by her environment – by the Contessa and by her young lover – not because of her personality or her socialite lifestyle, but simply because of her money. Knowing this, she accepts it, because there isn’t much more in her life. Whenever you think you know what direction the story might take, it goes otherwise. It’s fascinating to watch Helen’s performance. The film is well acted throughout. Anne Bancroft shines in her role, which is unfortunately her last on film. It’s a wonderful testament to Miss Bancrofts talent as being one of her generations best actresses. The role of the young gigolo is tailor-made for Martinez, whose role may not be as strong as the women’s, but he’s affective and has great chemistry with his castmates. But it’s Mirren’s film. She plays a character so layered and so dark that you don’t realise, right until the film’s ending, what path she has chosen for herself. This is one of her finest performances. Very recommended.

The Roman Spring of Mrs. Stone is being listed under the following tags: Drama, Literary Adaptation, Romance, Tennessee Williams, Year 2003
Back to previous page
Advertisment