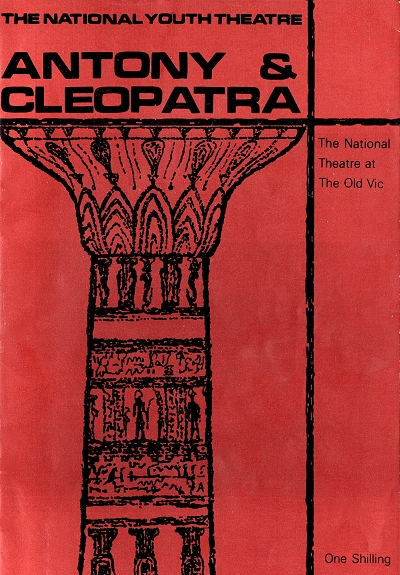 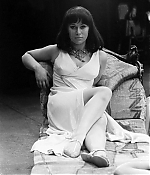 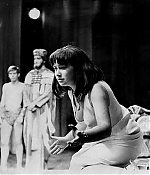 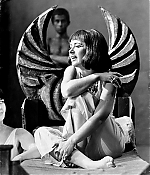 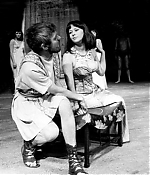 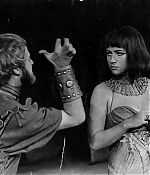 “Antony and Cleopatra” is often mentioned as Helen Mirren’s big break in the theatre. After appearing with the National Youth Theatre in 1963’s “Hamlet” and 1964’s “A Midsummer Night’s Dream”, Cleopatra was a role that put the young actress on the map, and got her an agent.

In my third year at the Youth Theatre, I was asked to play Cleopatra. I had to overcome my toxic mix of a great physical shyness and a palpable physical presence. I was in an environment full of testosterone and chaotic male hormones, and the word sexist hat not yet been invented. I was in at the deep end. I loved the power and the passion of that role, and of course, it’s always good to be Queen. I tried to ignore the real world and engage in the imaginative world of that great character. I had to do my own wig and make-up, of course. I also had a horrible flu for the whole of the one and only week we played at the Old Vic Theatre. This was the role that launched my career (Helen Mirren: My Life in Wordsd and Pictures)

Upon its run at The Old Vic, the Gazetta wrote, that while “the national Youth Theatre of Great Britain is an ambitious, audacious and excellent amateur theatre company, the weakest point of the Theatre is in the creation and austaining of valid characters. In “Antony and Cleopatra”, the actors just weren’t big enough (and old enough) for the parts. Antony (John Nightingale) tried, and there were moments when he seemed to be the middle-aged worldly solider. But there were many other moments when he was merely a 21-year-old, wise a bit beyond his years. If the 19-year-old Cleopatra, Helen Mirren, had appeared on stage wearing a “I Love Ringo” button, she would not have seemed much out of character. Not that she was bad, she was just wrong and much closer to Shaw’s conception of Cleopatra than Shakespeare’s.”

Antony and Cleopatra is being listed under the following tags: Queens, The National Youth Theatre, William Shakespeare, Year 1965
Back to previous page
Advertisment