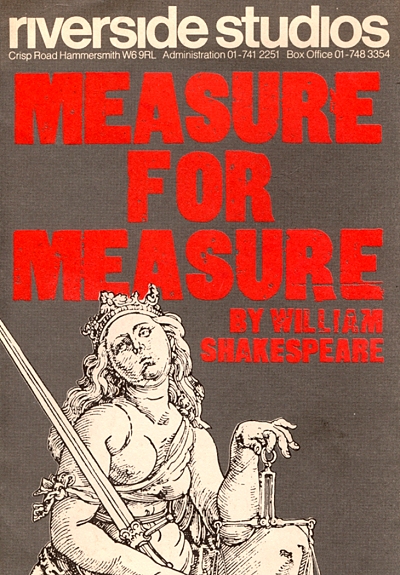 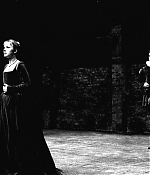 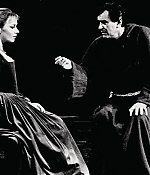 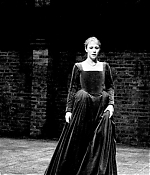 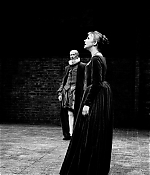 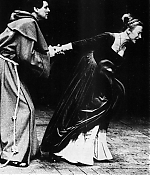 Measure for Measure was first published in 1623 in the First Folio. The text is thought to be based on Shakespeare’s own working papers, which would make it less corrupt than if it were a “stolen ” or prompt copy. Most of the textual anomalies can therefore be read as rough edges rather than confused editing. Measure for Measure is the fourth play in the comedies section of the Folio, and is near enough the beginning of the volume not to have been too carelessly edited. The type-setting is not always consistent, however, and the theory is that no less than four compositors with different styles worked on it. The most important textual anomalies include a rather confused time scale, the presence of mute or near mute characters, and some patchy splitting up of speeches which sometimes appear to be out of context; but the text is by no means as corrupt as was once believed. The play was probably written in 1604, when its first performance is recorded and historical allusions in the text would back up this dating. In the chronology of Shakespeare plays it is pivotal, coming as it does immediately after the famous comedies, as well as Julius Caesar and Hamlet, and just before the great tragedies, Othello, King Lear, Macbeth, Antony and Cleopatra and Coriolanus.

The play’s influences lie in the drama, folklore and moral fable of the 16th Century, as well as in contemporary political thought and events, in Christian doctrine, and in the humanist concepts of virtue displayed in action, and temperance. Immediate literary sources are all versions of the traditional fable of the “corrupt magistrate”. Shakespeare certainly knew George Whetstone’s play Promos and Cassandra (1578), and possibly its prose version for the collection of stories called The Heptameron of Civil Discourses. He also may have read Whetstone’s source in Cinthio’s Hecatommithi (1565), and its dramatisation Epitia (1583). All these tell the story of a woman pleading for the life of her brother who has been condemned to death for fornication. The price of mercy turns out in each case to be the sacrifice of her virtue to the deputy ruler in whose hands the judgment rests. In all four versions does she submit. In Cinthio’s prose tale the brother actually dies on the orders of the judge, whereas in his own later dramatised version, and according to Whetstone, the brother is saved by the secret substitution of another head at the time decreed for execution. The conclusion of the story is that the sister appeals directly to the ruler of the state against the appalling injustice done to her, and the false judge is tried and ordered to marry her to save her honour. When after the marriage the judge is furthermore condemned to death his new wife pleads for, and wins for him, the ruler’s mercy.

The first known account of the “corrupt magistrate” tale is found in a letter from a Hungarian student called Joseph Macarius, in Vienna in 1547. It was doubtless current before then, as were other devices found in Measure for Measure, such as the “bed trick”, which Shakespeare himself had already used in All’s Well That Ends Well (and which appears again later in Middleton and Rowley’s The Changeling.) In contemporary folklore the legend of the disguised ruler moving amongst his people was also common, and this too appears in an earlier Shakespeare play when Henry V walks in disguise among his troops, the night before Agincourt. There are many instances in Measure for Measure where sources in legend or literature may be identified. But the play has an extremely involved religious, moral and political background, and it is in the way that Shakespeare adapts his sources to such a background that the potential of a story like that of the ..corrupt magistrate” is fully realised.

After its first recorded performance on 26 December 1604, before King James I no further production is noted for sixty years. At the Restoration it reappeared adapted by Davenant as The Law Against Lovers â a version in which “…the scenes and characters of low life were omitted, and Angelo was turned into a respectable prig, testing the virtue of Isabella before he risked a proposal of marriage.” (Robert Speaight, in Shakespeare on the Stage.) In 1783, Mrs Siddons played Isabella in a revival of the proper play, and the role subsequently became known as one of her greatest. But it was not frequently performed, and a production at Covent Garden in 1816, with Eliza O’Neill as Isabella, was hailed as another revival. In 1893 William Poel and the Elizabethan Stage Society made their debut at the Royalty Theatre with the play, but his was a drastically cut version. Commenting on the production The Theatrical World for 1893 the critic William Archer re-affirms Victorian opinion: “…there is no other play of Shakespeare’s in which so much of the dialogue is absolutely unspeakable before a modern audience.” During this century the play has been more regularly performed, notably in Tyrone Guthrie’s season for Lilian Bayliss at the Old Vic in 1933, with Charles Laughton and Flora Robson, and a production by Peter Brook, for whom John Gielgud played Angelo, and Barbara Jefford, Isabella, at Stratford in 1950. It is now more frequently played than at any other time since the first performance, usually with considerable cuts.

Measure for Measure is being listed under the following tags: Riverside Studios, William Shakespeare, Year 1979
Back to previous page
Advertisment