Previous
Next
Directed by: Julian Jarrold | Written by: Alan Cubbitt 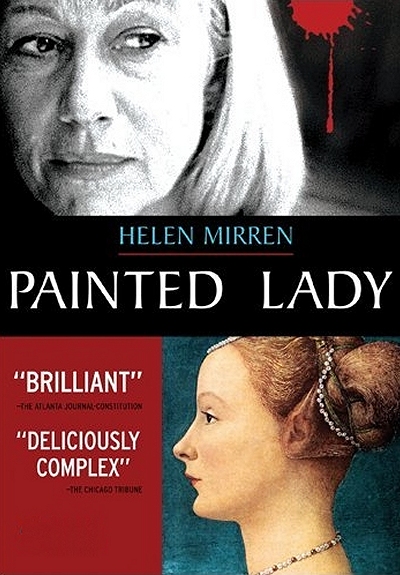 Maggie Sheridan (Helen Mirren), a washed-up blues vocalist from the 1960s, had settled into a comfortable life on the Dublin estate of the father of her childhood friend, Sir Charles (Iain Cuthbertson). He and his son, Sebastian (Iain Glen), a troubled homosexual academic and an old friend of Maggie's, have rescued her from heroin addiction in New York. When Sir Charles is murdered in what appears to be a bungled robbery, in which a valuable sixteenth century painting is stolen, Maggie is drawn into the world of illegal art trade in an effort to solve the mystery.
Cast: Helen Mirren (Maggie Sheridan), Iain Glen (Sebastian Stafford), Franco Nero (Robert Tassi), Michael Maloney (Oliver Peel), Lesley Manville (Susie Peel), Iain Cuthbertson (Charles Stafford), Barry Barnes (D.S. Fagan), Michael Liebmann (Bryan Gavin), John Kavanagh (Michael Longley) 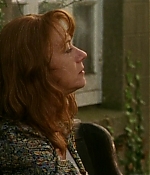 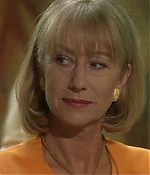 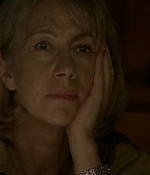 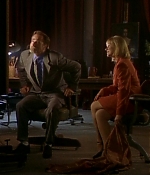 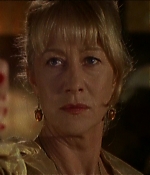 Helen Mirren stars in a murder-mystery set in the murky underworld of the illegal art trade. The role of Maggie Sheridan was tailor-made for Mirren by writer Alan Cubbitt, who also wrote “Prime Suspect 2” in 1992. Sheridan is a recovering rock star and blues singer of the Janis Joplin sort – we see her face on album covers and hear a smoky voice purporting to be hers – drying out on the Irish estate of her old friend Sir Charles Stafford. When Sir Charles is murdered, and a painting stolen from his Italian Renaissance collection, Maggie enters the various underworlds of loan-sharking and drug dealing in Dublin and of black-market art in London and New York. Thatâs the setup. The details include the drug addiction and enormous debts of Staffordâs son Sebastian, a love affair with a shady art dealer, old film of a young Sir Charles behaving badly in Italy during the war, and Maggieâs pretending to be a Polish countess undercover for U.S. Customs. And the gloss, brilliantly staged by director Julian Jarrold, is art. The stolen painting is Artemisia Gentileschiâs Judith Slaying Holefernes. Neroâs name is the same as that of the man who raped Artemisia in the seventeenth century. Like the saint in so many Renaissance paintings, Sebastian will hang naked from the rafters with arrows in him. In the bathtub, Maggie is a dead Marat, and when she explains Gainsborough, sheâs quoting Sister Wendy.

“Painted Lady” premiered as a two-part series in December 1997 in the United Kingdom and in April 1998 in the USA. The critical response was generally positive. Variety wrote, that “even for such tradition-bound sorts as the British, thereâs nothing like a change of pace to keep things fresh. So itâs easy to see why Helen Mirren, famous for her critically lauded portrayal of detective inspector Jane Tennison in the âPrime Suspectâ series, decided to play down-and-out former blues singer Maggie Sheridan in this new âMasterpiece Theatreâ mini. And yet Maggieâs travails are not all that different from Tennisonâs, for here, too, Mirrenâs efforts are in the service of solving a crime. This time, however, the scene is a country estate in Ireland and not Londonâs mean streets”. New York Magazine called Mirren’s performance “magnificent” and wrote, “the magic in Painted Lady is acting, writing, and directing”. The New York Times wasn’t impressed and wrote, that Painted Lady “ends up seeming like an overrich and badly underrealized banquet. The role [of Maggie] goes in so many dizzying directions that even Ms. Mirren, a master of control, can’t quite control it”.

“Painted Lady” ranks among Helen’s lesser known projects – unfairly so, because it’s one of the highlights of her 1990s career. The part of Maggie Sheridan was written especially for her by “Prime Suspect” writer Alan Cubbitt and the miniseries was built around Mirren. It becomes clear from the get-go that this was done as a departure from “Prime Suspect”, which became the definiton of her career in the 1990s. It gives Mirren the chance to portray a wide array of characters and looks. Maggie transforms from the washed-up rock singer to a posh Polish countess to an undercover Miss Marple splattered with blood. “Painted Lady” takes many twists and turns (some work, some don’t) and is filled with interesting references to art and famous paintings. The two parts are equally well done, suspenseful and entertaining, and Mirren is supported by a great group of actors. Especially Lesley Manville and Michael Maloney add a fresh comic relief to their characters and the story. “Painted Lady” is highly recommended for a good 4 hours murder-mystery and a magnificent performance by Helen Mirren.

Painted Lady is being listed under the following tags: Drama, Miniseries, Thriller, Year 1997
Back to previous page
Advertisment