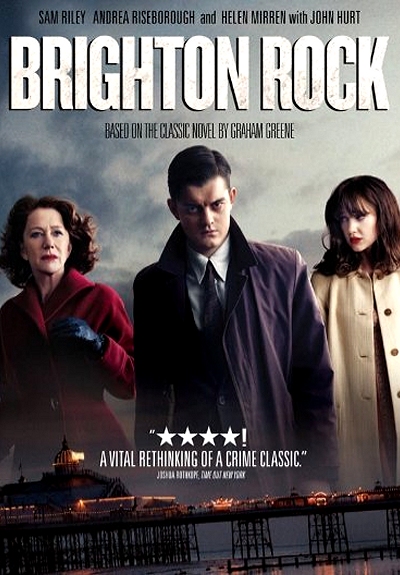 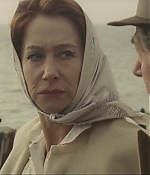 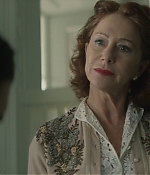 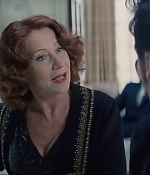 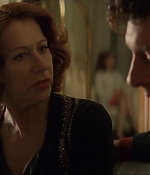 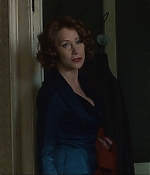 The idea of making another adaptation of Graham Greene”s Brighton Rock came about through Ron Halpern, who is in charge of exploiting StudioCanal”s back catalogue, and Will Clarke, who ran Optimum in the UK. Kudos were talking to them about a number of titles they were interested in remaking, one of which was Brighton Rock. Unbeknown to Webster at the time, Joffe”s US agent, Bob Bookman, who is also StudioCanal”s agent was thinking along the same lines. “There was some kind of morphic resonance going on”, laughs Webster. “Suddenly all the elements came together and next thing we knew we were making the film”. But Rowan was not so sure about the idea when the project was first put to him, as Webster points out. “I remember talking to Rowan at the time and he just said âNo I couldn’t possibly do it. It’s such a famous film and book, it”s far too daunting; we’re on a hiding to nothing.â But, as I have now learnt about Rowan, he went away and thought things over in an incredibly detailed way and came back to me and said âright, I know how to do thisâ. He pitched it back to me and it was a brilliant take on the original story”. Joffe”s first task when approaching the project was to decide when to set the film. “My initial thinking was do I set the movie when the book is set i.e. 1939 or try and bring it to modern day?” For many reasons setting it in the modern day didn”t work. Some were technical in that the story hinges on the playing of a record and the idea of a jumping CD didn”t seem to have the same romance, but there was a more profound reason a modern day setting wouldn”t work. For the story of Brighton Rock to be really effective you have to believe in the idea of the innocence particularly embodied in Rose. The world we live in now is one where it is almost impossible to exist with that degree of naivety. Simply the existence of televisions in everyone”s homes and the internet and everything else meant that you couldn”t create a convincingly sheltered character, so for that reason I needed to find another way to make it modern without compromising the story”. Joffe came up with the idea of setting the film in 1964 because he felt that year represented the beginning of modernity. It would still have a contemporary edge but more importantly it meant a chance to explore one of the most interesting periods of modern history in terms of the change in youth and gang culture as well as in the British legal system.

Helen Mirren came relatively late to the cast as previously her schedule meant she couldn”t be involved, but while the film was in pre-production she became free. She hadn”t seen the script yet but just wanted to meet Rowan. Says Joffe of his meeting with Mirren, “I didn”t know how committed she was to doing the film, so I”d prepared enthusiastically for 3 or 4 days as soon as I knew when I was going for this meeting with the great Dame. So I turned up with a rucksack full of information, with music I wanted her to listen to, references from Greek mythology, and how Norman Sherry says in the first volume of his biography that Greene may have been influenced by Mae West when he came to write the part of Ida. As she saw me laying out all this material on her coffee table she looked at me and said âRowan I”m not that kind of actress”. I said âokâ and I just put all the material back in the bag and as I was doing it I”m thinking, what am I going to say if she”s not that kind of actress; what do we talk about?!” Of Joffe, Mirren simply says, “he wrote a wonderful, very tight and nicely balanced script. He’s confident which is what you need in a director. He’s at the beginning of his career so you need confidence in a person at that point, but it’s not an arrogance, he knows what he wants his movie to be and how to get it there, and that’s all you want as an actor.”

Mirren also had strong ideas of how Ida should be played. “From what Rowan had written I took it a bit further in a different direction”, says Mirren. “His model for the character was Mae West, and mine was Sophia Loren or Anna Magnani, so there was a big difference there. Both character interpretations had an earthiness and a brazenness so there’s a similarity in that sense but I basically didn’t want to be blond or big and brassy, and I”d always wanted to play a red head!”. Rowan says of Helen”s portrayal of Ida, “She brought a kind of glamour to the part of Ida and also a strength. It was important she did that because Greene had himself described her as a character that refused stubbornly to come off the page, so I knew there was a real challenge to make Ida come to life”. John Hurt who plays Phil Corkery also came to the project fairly late and for Joffe it was a pleasure to bring the two actors together for the first time on film. “They had worked together once before in a play called A Month In The Country and by pure coincidence I had seen that production when I was about 17, so I had witnessed them on stage together and was very excited about bringing them together on film. They had a lovely chemistry and again, unlike the book, we had the chance to develop something more of the relationship between Phil Corkery and Helen”s character Ida.”

After its world-premiere at the 2010 Toronto Film Festival, “Brighton Rock” released British cinemas in February 2011. According to critic Stephen Holden, “Mr. JoffÃ© has turned Brighton Rock into a full-scale film noir with the stylistic undertow of a more modern British gangster movie. As potentially lethal as the thugs may be, they are also slightly over-the-hill small-time bookies who seem anything but invincible, and the movie gives each a complicated personality. Andy Serkis is outstanding as the oily Colleoni, a smirking sybarite and crime lord with playboy airs.” Holden notes “Mr. Riley, now 31, is a little too old to play a teenage gangster, and it throws the movie off somewhat. If Pinkie’s recklessly impulsive behavior is that of a frightened teenager, Mr. Riley’s slick hair, facial scar and cold, wide-eyed stare suggest a seasoned smoothie who has watched a lot more dirty water slosh under the bridge than any teenager could have witnessed.” Nevertheless, Holden concludes “By discarding most of the theological debate [found in the book], the movie is no longer a passion play but a gritty and despairing noir. Thatâs good enough for me.” He concludes his review by praising Helen Mirren, who gives “a brilliant performance.”

I haven’t seen the original “Brighton Rock”, so I don’t know how this and the previous version differs. But I can say that I love this remake of a great story I would have missed otherwise. The film has an exquisite case, with Andrea Riseborough delivering a brilliant breakthrough performance. Sam Riley is just as believable as the heartless gangster as is Helen Mirren as the tough yet concerned Ida. Most remakes lack an important part that have made the original movies classics, and that is passion. Fortunately, “Brigton Rock” is passionate and it has a heart. This is great storytelling and great acting. Sometimes, that’s all you should expect from a film. And “Brighton” delivers. Very recommended.