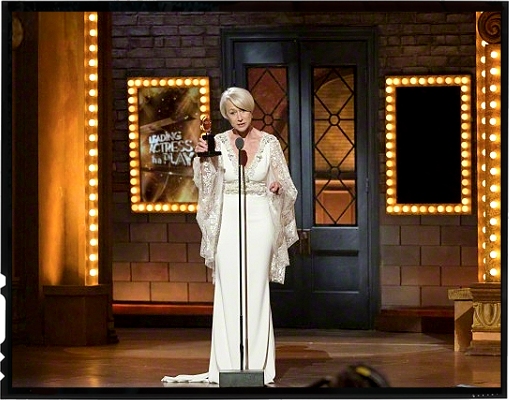 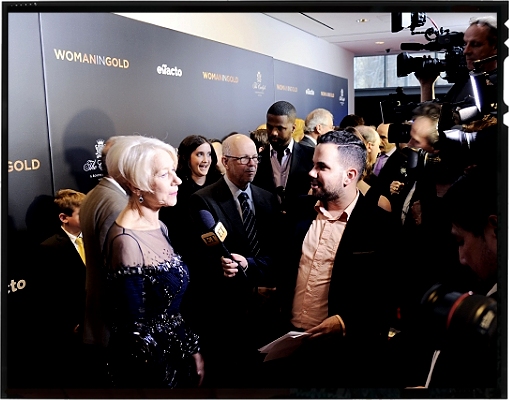 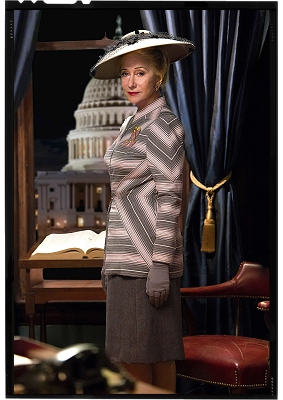 For the Broadway version of “The Audience”, Helen Mirren receives the Tony Award for Leading Actress in a Play. She is seen at the New York premiere of “Woman in Gold”. In Jay Roach’s biopic “Trumbo”, Helen Mirren plays gossip columnist Hedda Hopper.

After the universal success of “The Audience” in the United Kingdom, the play was able to repeat the praise when it transfered to Broadway in March 2015. Mirren’s onstage portrait of Elizabeth II, praised by critics for its wit and compassion, “feels truthful,” she says. “We don’t know, of course. With all the bits of formal documentary and stuff surrounding the monarchy, you have to try to pick apart the reality from the sycophancy.” But “various members of the royal household” who saw the show across the pond had positive feedback. “They would say, ‘That’s exactly the way she is.’ And I didn’t feel like they were blowing smoke up my ass, as you say here in America.” The New York cast of Audience is about “half American,” Mirren points out, “with these wonderful actors who are nailing their characters. We Brits are all in awe of them.” “The Audience” brought in another shower of trophies for Mirren, winning the Outer Critics Circle, Drama Desk Award and Drama League Award. The play also received three Tony nominations for Actress in a Play, Actor in a Play (Richard McCabe) and Costume Design of a Play. 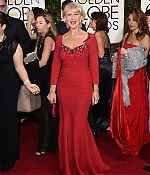 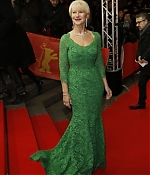 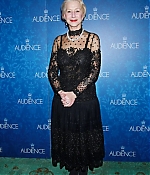 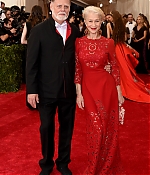 At the 72nd Annual Golden Globe Awards as a nominee for “The Hundred-Foot Journey”. At the Berlin International Film Festival for the premiere of “Woman in Gold”. At the Broadway opening night of “The Audience”. With Taylor Hackford at the The Metropolitan Museum of Art Costume Institute Benefit.

Besides “The Audience”, Helen Mirren was featured in two outstanding film roles this year, playing real-life characters in both of them. “Woman in Gold” was based on the true story of Maria Altmann, an elderly Jewish refugee living in Los Angeles, who, together with her young lawyer, Randy Schoenberg, played by Ryan Reynolds, fought the government of Austria for almost a decade to reclaim Gustav Klimt’s iconic painting of her aunt, Portrait of Adele Bloch-Bauer I, which was stolen from her relatives by the Nazis in Vienna just prior to World War II. Altmann took her legal battle all the way to the Supreme Court of the United States, which ruled on the case Republic of Austria v. Altmann (2004). And in “Trumbo”, Mirren is Hollywood’s most famous gossip columnist Hedda Hopper. The true story of Hollywood’s blacklisted screenwwriter who would with two Academy Awards under his pseudonym. In 1947, Dalton Trumbo, played by Bryan Cranston was Hollywood’s top screenwriter until he and other artists were jailed and blacklisted for their political beliefs. 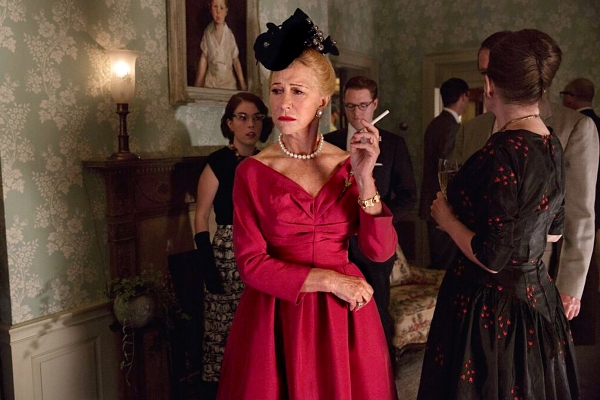 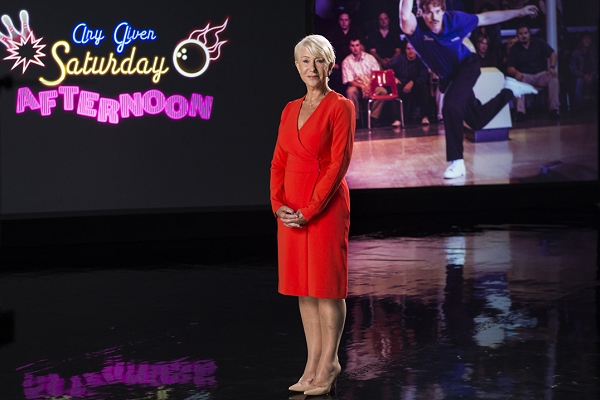 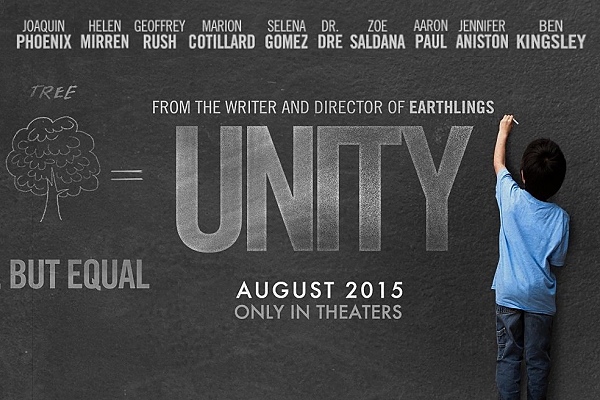 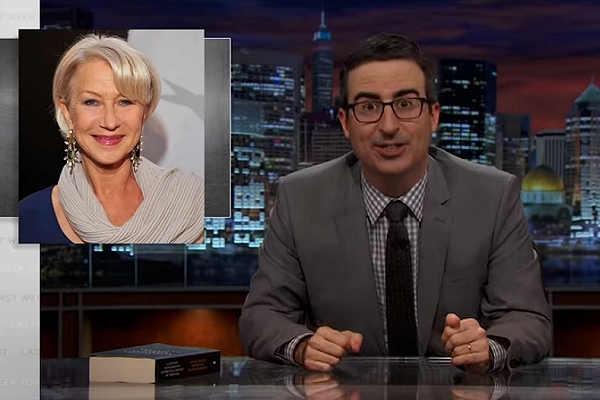 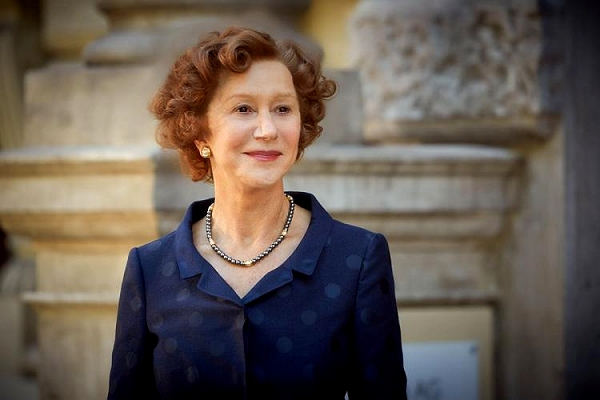 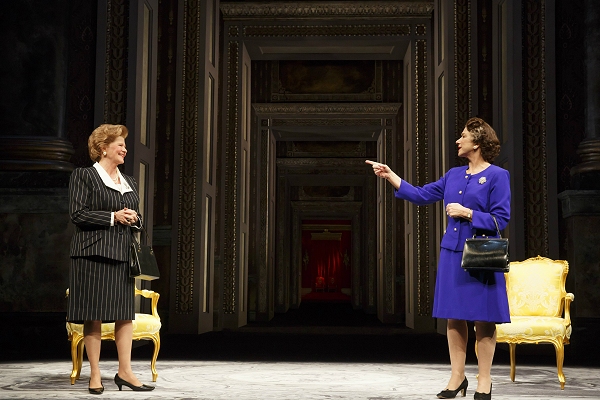